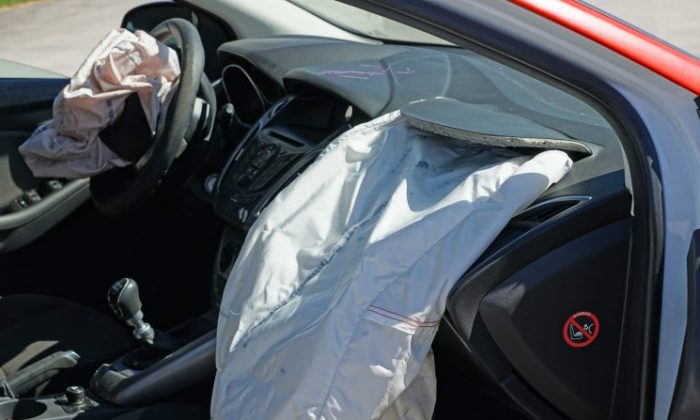 A photo of a car that crashed, unrelated to the incident. (CC0)
Crime and Incidents

A Florida boy was killed in a car wreck on Christmas morning, the day of his ninth birthday, according to CBS12.

“He had many people who loved him very much and had such a great personality,” said his aunt, Cynthia Santillan, who was with the boy on Christmas Eve,USA Today reported. “Issac knew what to say to put a smile on your face [and] was the kindest little boy ever.”

Oh, what a tragedy on a day doubly important to this 9-year-old: Boy dies in crash on Christmas — which also was his birthday, https://t.co/xWiSjPHS1x via @emilybohatch pic.twitter.com/HLj2aUapoO

Issac Santillan was reportedly in the back seat of a car with his 5-year-old half-sister when the fatal accident occurred at around 4:40 a.m. ET on Dec. 25 in Fort Pierce, Florida, about 115 miles north of Miami.

The half-sibling, Alani Ruiz, was allegedly critically injured in the accident and was airlifted to St. Mary’s Medical Center in West Palm Beach, Florida.

An adult woman, whose name has not been released by police, was traveling in the front seat of the 2005 Toyota Corolla and had to be extracted from the wreckage by firefighters from St. Lucie County Fire Rescue.

The woman, whose relationship to the victims has not been disclosed, was taken to the Lawnwood Regional Medical Center in Fort Pierce.

Julio Ruiz, Alani’s father and the driver of the vehicle, is in stable condition at the Lawnwood medical facility.

The Toyota reportedly went through a stop sign at a “T” intersection near Cortez and Sunrise boulevards and hit an unoccupied Ford pickup on the other side that was parked on private property, police spokesman Ed Cunningham told USA Today reporters.

Cunningham said the cause of the crash is under investigation, but that police believe speed was a factor.