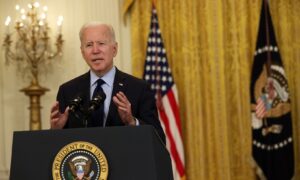 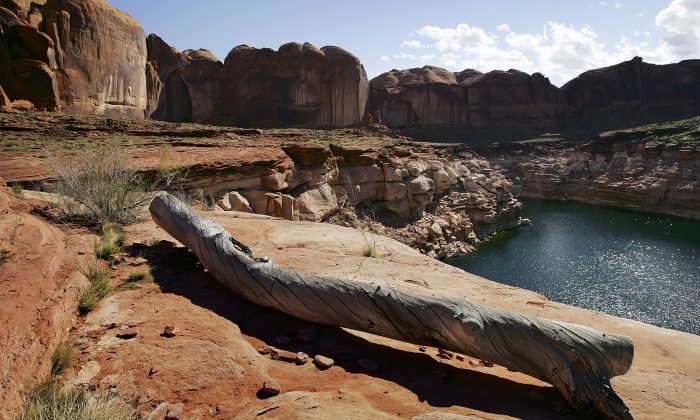 A log deposited when the lake was full near Page, Arizona. (Photo by David McNew/Getty Images)
US

To celebrate Maria Raya’s 26th birthday and avoid Phoenix’s blistering heat, she and her extended family decided to relax at the Cold Springs swimming hole in Tonto National Forest.

When they were in the water  at 3 p.m. Saturday,  a “40-foot-wide black wave” of rainwater, mud, and debris swept the family away reported the Arizona Republic.

Celia Garcia, 60, the mother of Maria, Maribel, and Javier, and her 13-year-old grandson Johnathan Leon was also found dead.

“It’s so difficult to lose an entire family,” Iris Garnica, a cousin of Hector Miguel Garnica, told reporters on Sunday.

Four other relatives were rescued by helicopter and treated for hypothermia at a hospital and released. The family was from Phoenix, reported the Arizona Republic.

Water Wheel Fire and Medical District fire chief, Ron Sattelmaier, told The Washington Post he could not confirm cause of death, but believed the majority of the fatalities were caused by blunt force trauma from the logs, tree trunks, and debris carried in the water.

Hector Miguel Garnica’s sister Carla Garnica, 22, told the Arizona Republic, “He has to be found, he’s always said, ‘I’m never leaving my children or my wife.’ He has to complete his promise.”

Family shared with @azcentral photo of missing Hector Garnica, 27 and his son Danny, 7, who was found dead w two sisters and mom in Payson pic.twitter.com/SWjBdMgwKu

A GoFundMe page was set up by Tom Price, who said he knows Garnica and the rest of the family, to cover the funeral costs.

“I hope that they can find (Hector) Miguel so that he can be buried with his family and hopefully they can somehow move on past this,” Price told the Arizona Republic. “I don’t know how, It’ll take some serious time, I don’t even know how long it’s going to take me to get over it, let alone them.”

Flash flooding is common in both the mountains and the desert of Arizona during the summer monsoon season, Sattelmaier told The Washington Post.

“They don’t expect this wall of water to come rushing at them in a stream bed that’s been dried for the last nine months,” Sattelmaier said. However, during a monsoon, an arid canyon “can turn into a raging torrent that can sweep anybody away.”

Matt Owsley, principal at Black Mountain Elementary school in Cave Creek, posted on Facebook, “Hector has always been one of the kindest little boys I have known. I miss hugs already!”

“Everyone at school knows Hector,” Owsley said. “He makes friends with everyone and finds it hard to pass by without giving a big hug. His smile was infectious. Right now, everyone in our community is trying to make sense of all of this.”