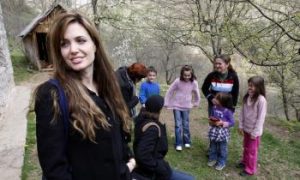 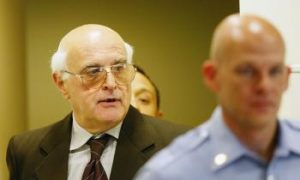 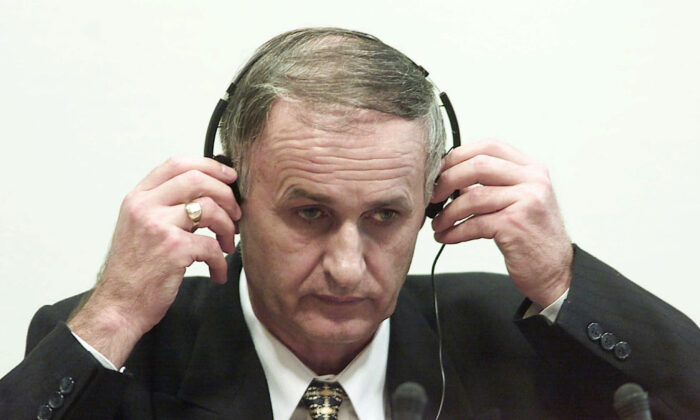 Bosnian Serb Gen. Radislav Krstic puts on headphones as he takes his seat in the courtroom in The Hague, Netherlands, on Aug. 2, 2001. (Ed Oudenaarden/Pool Photo via AP, File)
Europe

9 Arrested in Bosnia Over Wartime Killings of Civilians

SARAJEVO, Bosnia-Herzegovina—Authorities in Bosnia on Wednesday arrested nine former Bosnian Serb military officers and troops who are suspected in the killing of 44 civilians during the 1992-95 Bosnian War.

So far, 11 people are suspected of killing the Bosniak civilians in September 1992 in the area of Sokolac, in southeastern Bosnia, the Bosnian prosecutor’s office said in a statement. It said the investigation was continuing.

Of the 11 suspects, one is still at large and one is already in prison.

Bosnian Serbs separated men and boys from women and girls in the village of Novoseoci before taking the male Bosniaks away to a nearby waste dump and killing them, the statement said.

The bodies of the victims, aged 14-82, were left at the dump site and covered in waste. Bosnian Serbs later blew up a local mosque in Novoseoci and threw its parts over the bodies at the dump area.

All but one of the victims’ remains have been exhumed from the site, prosecutors said. They had a total of 178 wounds inflicted by firearms.

More than 100,000 people died during the war in Bosnia, which erupted when the country’s Serbs rebelled against independence from the former Yugoslavia and moved to create their own state.

The Serbs took control of over two-thirds of Bosnia in the early days of the conflict, expelling and killing non-Serbs—the Bosniaks, who are mostly Muslims, and Bosnia’s Croats.

The suspects detained Wednesday were members of the so-called “crisis committee” that was formed when Bosnian Serbs took control of the area in 1992.

Also among the suspects is Gen. Radislav Krstic, who is serving a 35-year prison sentence. In 2004, he was convicted by the U.N. war crimes tribunal for the former Yugoslavia on charges of aiding genocide. Bosnian prosecutors said he will be questioned in prison in Poland.

Another, unidentified suspect lives outside Bosnia, and authorities plan to seek his extradition, the prosecutor’s statement said.