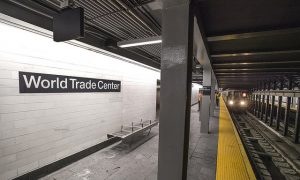 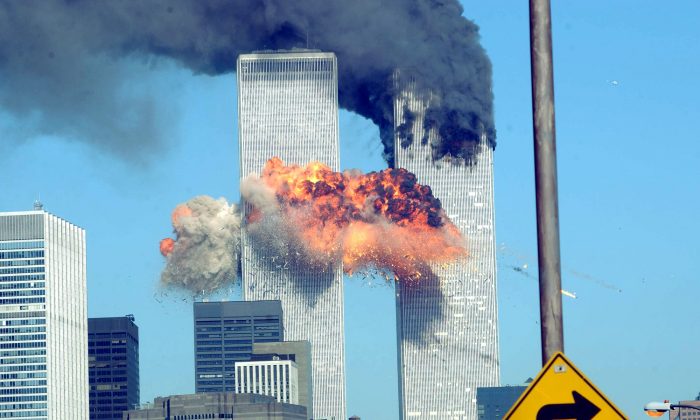 9/11 History: A Timeline of Events

Sept. 11, 2001, was a day when all Americans watched in disbelief as the Twin Towers were violently attacked. What we did not know right away was that nineteen terrorists who were members of al Qaeda, an Islamist extremist network, had hijacked four commercial airplanes. The hijackers methodically and purposefully flew two of the planes into the Twin Towers of the World Trade Center and a third into the Pentagon.

The fourth plane’s passengers and crew learned how the other 3 planes had been strategically used in the attacks and initiated a counterattack, compelling the terrorist flying the plane to abort his original plan and instead crash into a field in Pennsylvania.

It was the most destructive attack on American soil, with almost 3,000 people losing their lives and countless more becoming injured and living with debilitating health problems.

The following is a timeline of events from that fateful day.

It began between 6 a.m. and 8 a.m. that day when the 19 knife-carrying terrorists evaded detection and boarded Flights 11 and 175 in Boston, Massachusetts; Flight 93 in Newark, New Jersey; and Flight 77 from Washington, in order to carry out their deadly plot.

At 8:19 a.m., Betty Ann Ong, one of the 3 flight attendants on Flight 11, contacted ground crew, saying: “Number three in the back. The cockpit’s not answering. Somebody’s stabbed in business class. And I think there’s mace—that we can’t breathe. I don’t know. I think we’re getting hijacked.”

At 8:24 a.m., in an effort to speak to passengers and crew inside Flight 11’s cabin, terrorist Mohamed Atta presses the wrong button, broadcasting instead to air traffic control and alerting controllers to the attacks. A short time later, Atta makes another unintended announcement, this time to ground control.

The pilot of Flight 175, Victor J. Saracini, picked up one of Atta’s transmissions from Flight 11, who then informed the Federal Aviation Administration of what he heard the hijacker say. Soon after, Boston air traffic controllers contact the U.S. military and identify the hijacked flight.

At 8:46 a.m. the hijackers crash American Airlines Flight 11 into the North Tower. Flight 11’s impact ripped a hole in the tower from the 93rd to the 99th floors, causing enormous damage to the structure and igniting about 3,000 gallons of the plane’s jet fuel.

At 8:59 a.m. the PAPD orders the evacuation of the Twin Towers.

Meanwhile, at about 9 a.m. on Flight 175, some of the passengers are able to reach loved ones to say their last goodbyes. One of the passengers, Brian Sweeney, tells his wife: “Jules, this is Brian—listen, I’m on an airplane that’s been hijacked. If things don’t go well, and it’s not looking good, I just want you to know I absolutely love you…”

At 9:02 a.m. there is another announcement by Port Authority to evacuate the South Tower.

At 9:03 a.m. United Airlines Flight 175 is forced to fly into the south tower, striking the corner and creating a hole in the building from the 77th to the 85th floors.

At the time of the 2 impacts, onlookers witnessed a phenomenon where victims either fell or jumped from the buildings, an estimate of about 200 such tragedies were counted.

A short time after the second impact, NYPD called in a request to shut down the airspace over New York City and mobilize 2,000 more officers. The FDNY called in hundreds of additional firefighters and off-duty personnel.

At 9:05 a.m. former president George W. Bush is informed of the attacks and NYC Mayor Rudolph Giuliani arrives at the NYPD command center.

At 9:37 a.m. Flight 77 is sent careening into the Pentagon, killing 125 military and civilian personnel.

At 9:45 a.m. Washington is being evacuated, including the White House and the Capitol.

At 10:03 a.m. Flight 93 crashes in a field near the town of Shanksville in Somerset County, Pennsylvania, after passengers and crew storm the cockpit.

According to National Parks Service (pdf), 5 minutes before the crash, “the hijackers responded by rolling the plane to the right and left, repeatedly, apparently attempting to knock the passengers off balance.”

“Planes in the sky over western Pennsylvania and persons on the ground witnessed this erratic flying. The cockpit voice recorder captured the sounds of the assault which continued until the time of the crash.”

“According to the 9/11 Commission report, the terrorists remained at the controls of the plane, but realized that the passengers and crew were seconds away from regaining control. The Commission concluded that the hijackers decided to crash the plane into the ground rather than allow that to happen.”

The passengers and crew of Flight 93 were said to have prevented an attack on the White House.

Within 30 minutes, the South Tower collapsed, followed by the E Ring of the Pentagon and finally the North Tower.

At 8:30 p.m., former president Bush gives an address to the nation in which he unequivocally promised to root out the terrorists that planned the attacks.

Bush spoke solemnly, “The victims were in airplanes or in their offices: secretaries, businessmen and women, military and federal workers, moms and dads, friends, and neighbors. Thousands of lives were suddenly ended by evil, despicable acts of terror. The pictures of airplanes flying into buildings, fires burning, huge—huge structures collapsing have filled us with disbelief, terrible sadness, and a quiet, unyielding anger. These acts of mass murder were intended to frighten our nation into chaos and retreat. But they have failed. Our country is strong.”

The Fire and Police Departments worked tirelessly to rescue survivors into midday Sept. 12. The heroic efforts of the city’s fire and police departments and other emergency services helped over 25,000 people escape before the collapse of the towers.