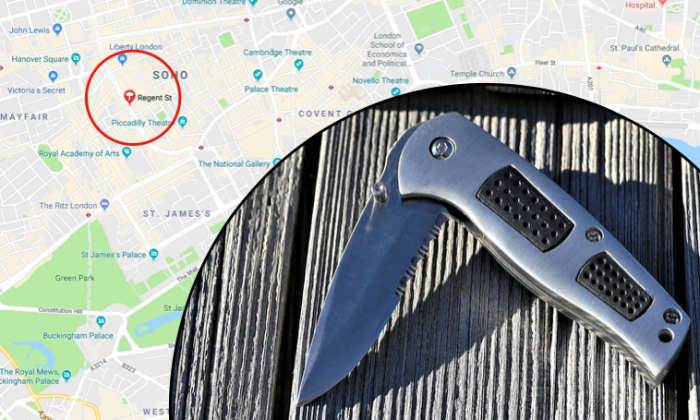 An 88-year-old former commando fought off five knife-wielding attackers when they tried to rob a young woman in London.

The British special forces veteran managed to stun one of the assailants with a karate chop to the neck, but an accomplice knifed him in his hands and head, the Evening Standard reported.

“Luckily my wounds were shallow,” said Nixon, who was taken to hospital for treatment of his injuries.

Nixon approached after seeing the youths grab the woman’s handbag and clothes, and demanded they stop their assault.

“My initial thoughts were to divert their attention away from the girl who was screaming. I shouted ‘leave her alone.’ But they turned on me, saying ‘We’ll take your money instead’ and I said ‘No you don’t.'”

Nixon said he caught the youths off guard.

“Kids this age are full of bravado, you see, they weren’t expecting a surprise.”

Man, 88, fights off five knife-wielding robbers after they tried to mug woman in Raglan Street , Kentish town , London. John Nixon received a number of stab wounds and was taken to the Royal Free hospital https://t.co/SNdybKlQPZ via @MetroUK

It is reported the man trained as a commando in the 1940s and served with the elite British Special Air Service (SAS). He fought in the Korean War, was sent on intelligence missions to Egypt, the Middle East, and Germany, and worked with Medecins Sans Frontieres in Africa as a bodyguard.

“My training kicked in,” Nixon told the Standard, and recounted the details of the confrontation.

“I landed a blow to his neck which rendered him semi-conscious. I disabled one but another one pulled out a knife so I had to try and deal with him too.

“I tried to disarm him and in the process I got stab wounds here, there, and everywhere. There was a lot of blood. He wasn’t trained and it was more of a pocket knife.”

The attackers then reportedly dispersed and the woman fled screaming. A local resident witnessed Nixon bleeding in the street and contacted the police. He was taken to hospital with non-life threatening injuries.

The attack took place at approximately 8 p.m .on Jan. 27.

Nixon, who is a widower with an adult daughter, said earlier incidents have made him less prone to losing composure in distressing situations.

“I’ve been shot in the leg and even bitten by a snake, the venom lay dormant in my spine for years. I’ve been near death so many times that situation just doesn’t worry me.”

He later recounted his story at a neighborhood police meeting and was reportedly commended for his “extraordinary bravery.”

Nixon said he did not know what became of the woman he helped rescue.

“The woman ran off screaming but I hope she is okay.”

According to MailOnline, the Metropolitan Police confirmed that a man had suffered minor injuries in the attack and no arrests have been made.