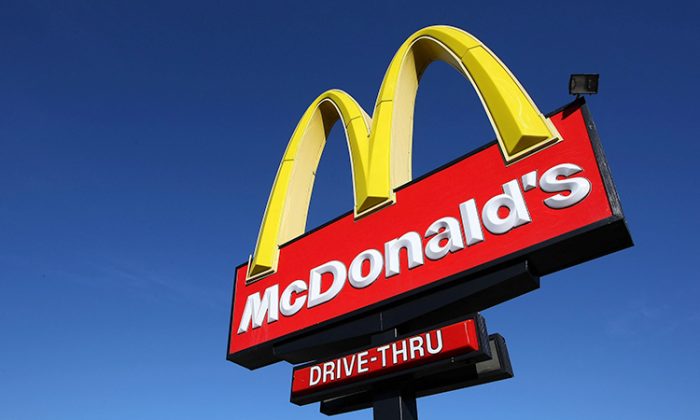 Wendell Gill, of Lexington, Kentucky, should be enjoying his golden years at age 85.

However, to make a living, he still turns up for work four days a week at a local McDonald’s on Richmond Road, where he keeps the restaurant clean, and where he has been diligently working for the past four decades.

Wendall has cleaned the restrooms and taken out the trash at the restaurant for more than 40 years.

When Della dropped by her husband’s workplace for a meal, she suffered an aneurysm in the restroom and was rushed to a hospital but died a few weeks later.

As of fall 2018, Gill has been feeling empty ever since.

“I don’t know if I’ll ever get over it,” Gill told Lexington Herald Leader. “… I’m going to miss her the rest of my life.”

On top of Gill’s personal loss, though, there was an added burden of having to care for his two adopted grandsons, who have special needs, all alone.

He and his wife had raised John Columbia, 33, who has autism, and Justin Gill, 20, who has infant alcohol syndrome, ever since they were babies. Both attend adult daycare two days a week.

“I’ve got my hands full trying to work and take care of them, too,” Gill said.

Gill’s lifelong friend and former co-worker, Todd Oldfield, noticed the sadness in him when he paid him a visit at McDonald’s one day in September.

That day, Oldfield, an insurance agent and financial planner, asked, “Wendall, how are you?”

And Gill tearfully told Oldfield his story while his two grandsons sat watching from a nearby table.

“I have personally known Wendall for 40 years and 3 months. This is because McDonald’s was my first real job in my life,” Oldfield wrote on Facebook.

“He’s empty inside. I could see it in his hollow cheeks and eyes,” he added.

The tragic story of Gill prompted Oldfield to set up a GoFundMe page titled “Wendall Needs Us To Serve Him Now!”

Oldfield is raising funds to pay off Gill’s two vehicles and the $74,000 he owes on his house. Also, he hopes Gill will be able to retire soon.

Amazingly, hundreds of good Samaritans—including Gill’s customers and residents in Lexington—started pouring in donations. In just 23 days, the GoFundMe page had raised nearly $85,000.

In August, Gill's wife visited him for lunch and later died of an aneurysm in the restroom at the restaurant.

Additionally, one person kindly offered to purchase a headstone for Gill’s wife. And another has stepped forward to sponsor Christmas for Gill and his grandsons.

Gill was stunned by the incredible generosity.

“I can’t believe the good nature of people. It’s been kind of amazing,” Gill told the Washington Post.

Oldfield updated on GoFundMe, “This is all God; not Todd … I was just a tool. YOU people are the ones making this a ‘God thing’ to me.”

Kudos to Oldfield and all those who have contributed to help make Gill’s life easier! You’ve shown us there is still plenty of good in this world.