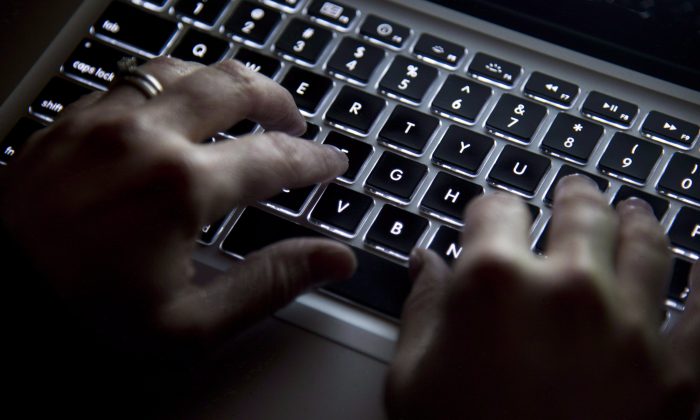 A woman uses her computer key board to type while surfing the internet in North Vancovuer, B.C., on Wednesday, Dec., 19, 2012. (The Canadian Press/Jonathan Hayward)
Australia

A recent privacy report has found that 83 percent of Australian brands appear to track their customer’s activity online, while 82 percent of consumers are uncomfortable with their location data being shared with other companies.

According to the 2022 edition of the Deloitte Australian Privacy Index, consumers are asking for transparency, assurance and control over the use of their data which is shared with the government and corporations.

Slightly over half of consumers are unhappy with their online activity being monitored, but 43 percent are willing to share their personal information when aware of how their data will be used. Meanwhile, only younger people (aged 18-34) see value in online personalisation.

Deloitte national privacy and data protection lead partner Daniella Kafouris said it is clear there is a “disconnect” between consumer expectations and the way brands gather and use personal data.

Kafouris noted that this disconnect is greater in the older age brackets where consumers consider personalised experiences as crossing a “creepy line” that hampers their experience and a brand’s credibility.

“Many can see value in profiling and personalisation delivered by tracking and advertising technologies, but it’s also not for everyone,” the data privacy attorney told NCA newswire.

“As a result, there needs to be a better balance between consumers finding personalisation helpful and what could be considered over-reaching.”

Edward Santow, a professor at the University of Technology Sydney and a former human rights commissioner, said the widespread use of facial recognition technology was a “great concern” for society.

“Even if that technology was perfectly accurate—and it’s not—but even if it were, it also takes us into the realm of mass surveillance,” he told Choice.

However, the CEO of Bunnings, Simon McDowell, argued that the measures were put in place to deal with theft and “anti-social behaviour.” He added that customers are aware of the use of CCTV and facial recognition technology through signage at Bunnings store entrances and in privacy policy on its website.

“Data is The Most Valuable Resource”

Dhakshayini Sooriyakumaran, Director of Tech Policy at Reset Australia, an independent think tank working to counter digital threats, said that data-driven decision-making is “a kind of philosophy that institutions are adopting across all sectors and industries.

“We are living in an economy where data is one of the most valuable resources any institutional entity can actually capture,” she told The Epoch Times.

Sooriyakumaran also said that personal information can be bought and sold through contracts between government agencies and private providers, be shared through data sharing agreements, or sold to anyone by data brokers. She further warned that data owned by multinational companies can “travel across borders.”