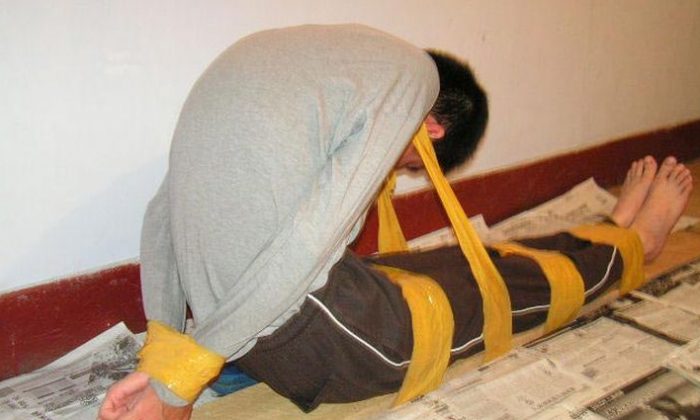 An 80-year-old man in northeast China was sentenced to 11 and a half years in prison for persisting in practicing Falun Gong, a traditional Chinese spiritual discipline that has been targeted for persecution by the Chinese regime over the past 18 years.

If he’s forced to serve the lengthy term, Liu Dianyuan is at risk of receiving severe abuse and torture; he was already tortured by Chinese officials at the Shenyang No. 1 Prison, according to his family members. Minghui.org, a clearinghouse for firsthand information related to the persecution of Falun Gong, said that his family visited him in early 2017, and provided the details to Minghui.

Specifically, Liu’s family believes that he was sentenced for suing former Chinese Communist Party leader Jiang Zemin, who launched the brutal campaign against Falun Gong (also known as Falun Dafa) in July 1999. Researchers of forced organ harvesting in China—human rights lawyer David Matas, former Canadian MP David Kilgour, and investigative journalist Ethan Gutmann—say that the Chinese regime has likely killed hundreds of thousands prisoners of conscience, the bulk of whom are Falun Gong practitioners, and profited from the sale of their organs.

While it’s unclear if Liu was targeted for his organs, as an elderly man, he was forced to perform forced labor during a previous prison term in the early 2000s.

“When the prison guards found him talking to others, he was slapped on the face and locked in solitary confinement,” according to Minghui. “He was tied to a bed in a spread eagle position for seven days … prison guards also forced him to take ten tablets of unknown drugs twice a day for nearly a year.”

72-Year-Old Woman Loses Eyesight After Torture for Her Faith

Liu was eventually released in 2008, but was reduced to “skin and bones” and “couldn’t stand up straight and coughed up blood frequently.” But, according to his family’s account published on Minghui, he resumed practicing the Falun Gong exercises and eventually recovered his health.

The account noted that his wife was also arrested and sentenced to years of forced labor, leaving their two kids alone at home. The children were forced to work odd jobs to make a living.

In 2010, Liu and his wife were arrested again. Liu’s wife was sentenced to another four years in detention. Liu managed to escape the police detention facility where he was held, and traveled about from place to place to avoid arrest.

However, Liu was again arrested on Nov. 9, 2015 while visiting his sister, and now faces 11 and-a-half years in prison despite meeting the minimum physical state for incarceration, according to Minghui.