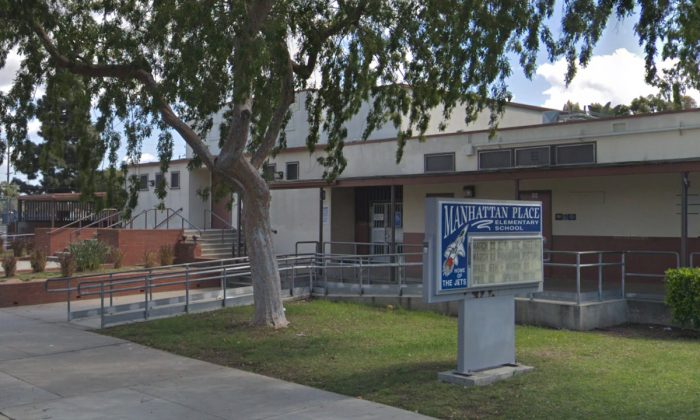 8-Year-Old Pupil Not Allowed to Use Restroom, Forced to Wear Plastic Bags in Class, Claims Mother

An 8-year-old boy was not allowed to use the restroom in class, causing him to urinate in front of his classmates at a school in Los Angeles. He was then forced to wear plastic bags over his clothes.

These are the claims made by his mother during a protest on March 7 outside the Manhattan Place Elementary School, where she says her son is still being bullied over the incident.

Sonia Mongol said that when her son asked to go to the restroom one day last November, the teacher refused, reported KCL. When he later asked again, the teacher said he could use the trash can at the front of the class, Mongol told reporters, at the risk of “exposing himself in front of all the other students.”

Her son then urinated on himself, and his wet clothes were covered with a garbage bag which he wore for the rest of the day, she claimed.

The mother of an eight-year-old boy is demanding answers after a teacher at a South Los Angeles school allegedly refused to allow him to use the restroom.

“Why would you make a child expose himself in front of the classroom and then put a garbage bag over him when he came to you for help? Why would you treat a child that way?” she asked. “He’s a kid.”

The district told ABC that it is conducting an investigation.

Mongol said that in another incident, her son was again told he couldn’t go to the restroom when he first asked. When he was eventually allowed, she says he was locked out of his classroom.

Mongol was joined in the school protest by local activists and other supporters.

Retired teacher Latricia Mitchell told reporters that although teachers can refuse to let students leave to go to the restroom under certain circumstances, they should exercise common sense and good judgment.

“After they ask you twice, you should realize something is going on,” Mitchell said.

The claims caused a stir on social media, with most people suggesting the teacher should have simply allowed the boy to go to the restroom.

“I’m a Substitute Teacher and I NEVER refuse their request,” wrote one person. “Heck, I can’t tell you how many times I’ve almost peed my pants, because I can’t leave the classroom! Nope, this will not happen. Not on my watch!”

Virginia Pupils Forced to Put Their Heads in a Bucket

In January last year an irate father in Virginia said that a teacher forced school children to stick their head into a bucket filled with “bodily fluids.”

According to NBC 12, Shawn Martin of King William, Virginia, said that his second grader came home from Cool Spring Primary School. He said that a teacher forced male students in the class to stick their heads in a bucket of urine.

“I don’t understand how anybody would make a child do that,” said Martin. “It is unacceptable.”

His son said that one of the students urinated in the bucket. The teacher then made the kids smell the urine to find the culprit.

The school then sent home notes to parents, warned them that their children may have been “exposed to bodily fluids.”

Officials said at the time that the teacher, who has 26 years of experience, still has a job.

“This is a personnel matter. Appropriate action has been taken to ensure that such conduct does not repeat itself. We will have no further comment,” the school said in a statement at the time.