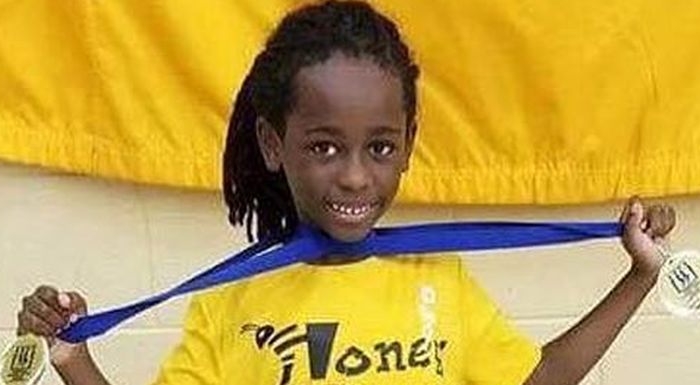 An 8-year-old jump-rope champion was killed after he was hit by a Jeep on Oct. 28 in Jersey City, New Jersey.

Jeremiah Grant, whose Honey Bees team was featured on “The Tonight Show Starring Jimmy Fallon,” was walking home from a team fundraiser in Jersey City on Saturday when the red Jeep Compass hit him.

Jeremiah, known as “Prince Bee,” was sent to the hospital, and there, he was pronounced dead, according to The Associated Press.

The Jeep’s 60-year-old driver drove away from the scene until witnesses flagged him down.

The driver said that he thought that he had hit a backpack, Jose Pimentel, a witness, told media outlets.

“I jumped on the street, went after the car. I was able to stop him and let him know he had to stop because he hit somebody,” Pimentel was quoted by MailOnline as saying. “He said he thought he went over a book bag. He didn’t notice that he had hit a person.”

No charges were filed against the driver, whose identity was not released. He remained at the scene until police arrived.

Honey Bees founder Takeria Clark told The Jersey Journal, “We all stopped at the corner and Jerry heard ‘Go’ from another jumper and ran in the street.”

A woman named Jessica Hellinger wrote on the page: “Jerry was a great kid and he leaves behind a broken-hearted sister and mother who cares for everyone’s child as if her own.”