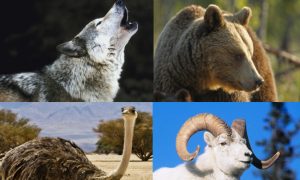 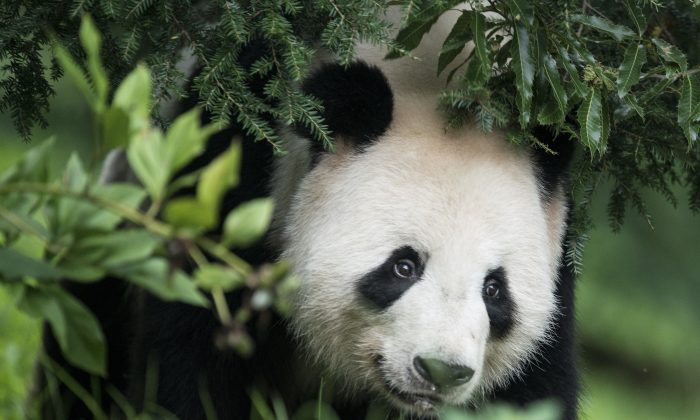 Giant Panda Tian Tian is seen at the Giant Panda exhibit at the Smithsonian's National Zoo his mate Mei Xiang rests indoors Aug. 7, 2013 in Washington, DC. A new study holds that the 50 pandas on loan around the world are aimed at building deep, long-lasting relationships in exchange for "trades and foreign-investment deals." (Brendan Smialowski/AFP/Getty Images)
Social Issues

An eight-year-old girl who fell into a panda enclosure has been rescued.

A large crowd surrounded the low-fenced enclosure and watched as a guard rescue the girl from the panda pit at the Chengdu Research Base of Giant Panda Breeding in China on Feb. 9.

Though the girl escaped unharmed, there have been instances of pandas presenting a danger to people.

A video posted to Weibo, China’s version of Twitter, shows the girl in a red coat in the moat of the panda enclosure.

From the crowd, a guard emerges with a long pole. He climbs over the fence and reaches down to the girl with the pole.

As the girl grabs onto the pole, screams erupt from the crowd as one of the pandas begins to walk over.

“The panda is coming, hurry up!” shouts one of the women near the photographer. “Hold tight! Hold tight!”

As the panda looks down at the girl from it’s grassy platform, the guard attempts to pull the girl to safety using the pole but the girl’s feet don’t leave the ground. As the first panda continues to stare at the girl, another panda starts to walk over.

Feeling the pressure, the guard drops to the ground and dangles his torso over the edge in an attempt to reach the girl. He hands the pole over to someone in the crowd and reaches down to the girl, grabbing hold of her.

As a third panda approaches, people in the crowd pull the guard up from one arm as he holds the girl in the other.

With the help of the crowd, the guard is able to pull the girl out of the moat, laying her on the edge for just a moment before lifting her over the barrier fence.

“Oh, it’s done!” said someone from the observing crowd.

Though the pandas approach the girl, none of them make physical contact with her.

Despite a diet of almost exclusively bamboo, pandas are scientifically classified as predators and as bears. There have been instances of panda attacks in the past.

Footage of an attack shot in Sichuan, China, shows a woman feeding a panda that results in part of her finger being bitten off.

In another instance, a man posing near a panda’s cage, squatting with his back to the railing was approached by a panda. The bear grabs his coat, pulling it off him as others dragged the man away from the fence.

One man was charged by a panda after he entered the animal’s enclosure and disturbed its sleep. The panda held the man on the ground but fortunately he was able to escape the panda’s grip and run out of the enclosure.

In another incident, a woman was swarmed by three pandas and had to be helped by two others before she could escape. The pandas were finally convinced to let her go after they were offered food.