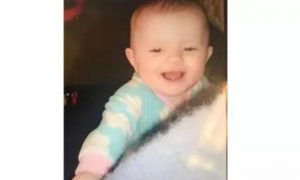 EDMONTON—The Edmonton boy at the centre of an amber alert that spanned two Alberta cities has been found safe, and police are crediting an off-duty officer from Calgary with spotting the child and his mother.

Edmonton police said in a news release that the Calgary officer spotted the pair thanks to the amber alert, and that RCMP from Okotoks, south of Calgary, took the woman into custody.

“It was without incident,” Edmonton Police Staff Sgt. Ashley Emerson said of the arrest.

Police said the boy’s mother has been charged with one count of abduction, and the 8-year-old boy has been returned to his father.

When they issued the alert Friday night, March 15, police said they believed the boy was abducted from school by his mother that afternoon, and that he was believed to be in danger.

Emerson said police were alerted by a parent at around 3:50 p.m. that a boy was walked out of the building by a woman, without his coat or his outdoor footwear. The school had notified the parent, Emerson said, who then called the police.

After leaving Edmonton, the pair were believed to be travelling in the Calgary area.

Emerson said investigators didn’t know at first who the woman was. They then learned there was a parenting order in place and suspected the woman might be the noncustodial parent.

He explained it was several hours before an amber alert was issued because police needed to be satisfied that the child’s safety was at risk.

“It was only at that point that we utilized that system. We don’t use it sort of as an investigative tool to help us resolve the matter quickly. We use it when we’re satisfied that it’s met the criteria and that the child is in fact in danger,” Emerson said.

Emerson said he didn’t know the details of how the Calgary officer knew an alert had been issued for the boy. He said the officer spotted the vehicle that was described in the alert heading east out of the town of Black Diamond on Highway 7 and followed it.

RCMP from Okotoks pulled the vehicle over on Highway 7 about halfway between Black Diamond and Okotoks, he said.

Some people took to social media after the alert was issued, complaining that they were woken up by their cellphones, which now carry the alerts.

They were quickly denounced by others, including actor and comedian Andrew Phung, who was in his hometown of Calgary when he said he received the alert.

“I was driving home from the theatre and took the scenic route to cover some extra streets. We are a community. We need to take care of one another,” Phung said in a tweet.

I agree and am all for it! I was driving home from the theatre and took the scenic route to cover some extra streets. We are a community. We need to take care of one another.

‘We’re Certainly Not Going to Avoid Using the System’

In Ontario, where 11-year-old Riya Rajkumar was found dead in Brampton last month after an amber alert was issued, police also received complaints about late-night alerts or repeat broadcasts that were issued after the girl’s father was in custody.

Riya Rajkumar is seen in an undated photo released by Peel Regional Police.

Roopesh Rajkumar, who had been charged with first-degree murder, died after being hospitalized with a self-inflicted gunshot wound.

BREAKING: Sources have confirmed to me that Roopesh Rajkumar, accused In the death of his 11 year old daughter Riya, has died of his injuries in hospital pic.twitter.com/SmCtjQcevr

“I think if people are bothered by receiving those notifications perhaps they want to have a conversation with their provider and find out a way that they can power off their phone at night so they don’t receive those notifications,” he said. “We’re certainly not going to avoid using the system because someone might be disturbed by the message.”

Child custody experts said that people kidnap their own children to force a reconciliation or continued interaction with the other, left-behind parent; to spite or punish the other parent; from fear of losing custody or visitation rights.