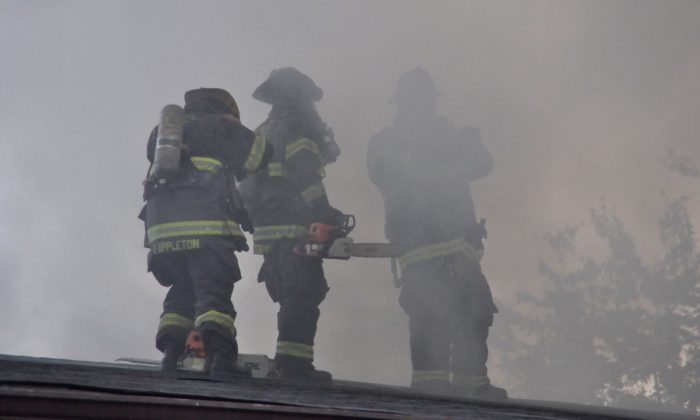 In an extremely tragic incidence, an 8-month-old girl died and five other small children were injured while their mothers attended a nightclub in Tennessee during the early morning hours of July 7.

“Arson Investigators are looking for what sparked an early morning fire that killed an eight-month-old baby and injured five small children,” Nashville Fire Department said in an official release.

When the firefighters and the medic units responded to the fire incidence at the Hickory Lake Apartments at 3940 Apache Trail just after 2:00 a.m. on Sunday, they saw heavy smoke and flames coming out from one of the apartment units.

Arson investigators continue to look for the cause of this tragic apartment fire.https://t.co/k6nofPZXOc

While firefighters rescued a person from the third-floor balcony, they were told by people at the fire scene that children were trapped inside the burning apartment.

According to The Tennessean, two passersby reported the fire to 911 after they saw a six-year-old child running out from the apartment yelling that his siblings were trapped inside.

The firefighters rescued four siblings from inside the burning apartment—all between one and six years old.

According to media reports, the childrens’ mothers, aged between 23 and 25 went to a night club on Saturday night and were not with children when the fire happened. The investigators are trying to determine whether a baby sitter was hired to take care of the children in their absence.

An early morning fire on Sunday killed an eight-month-old baby and injured five small children in Tennessee while their mothers were out at a nightclub, according to investigators. https://t.co/Y2m4Js7EY8

Police reported that a baby sitter was not with children when first responders reached the fire scene, according to Fox News.

“Unfortunately an eight-month-old baby did not survive the fire and died on the scene,” said the fire department.

The fire department medics took four children to Vanderbilt’s Children’s Hospital and later another five-year-old was discovered and transported to the hospital.

The dead baby has been identified as Jream Jenkins. His two-year-old brother was said to be in a critical condition in hospital, Fox News reported.

“NFD Fire crews did an outstanding job of containing the fire to one apartment and smoke damage to the apartments in one area of the complex,” said the fire department.

News Channel 5 reported that the fire started in the room where Jenkins was from a candle.

“That breaks my heart very bad to know a baby has passed in this fire, right here next to me,” Emily Hester, a neighbor, told News Channel 5.

Another neighbor, Nadia Garrett, said that everyone is praying for the children.

“We’re praying for them because that’s something that’s a detriment to anybody,” she said, “I know that’s going to be something hard to take.”

Responders from the American Red Cross reached out to the impacted families who are in need of temporary residence and other necessities.

The condition of the four children is not known to media and the mothers returned home only after police and firefighters were on site.

“There are a number of unanswered questions at this moment,” Metro Nashville Police spokesman Don Aaron told The Tennessean.