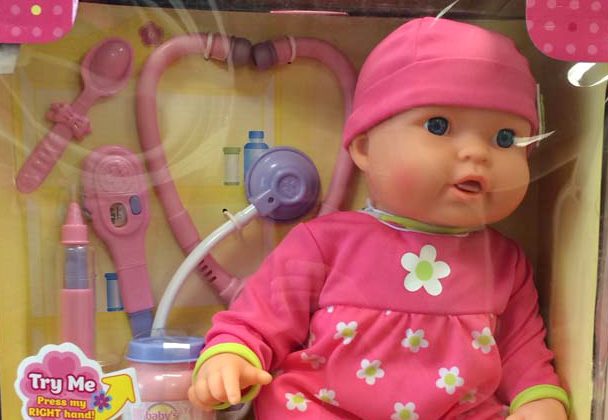 In the summer of 2007, American consumers were shocked to hear Mattel Inc., the largest U.S. toy company, had recalled over 10.5 million toys manufactured in China, including Dora the Explorer dolls and Barbie and Tanner play sets, in two separate incidents for dangerous amounts of lead and magnets causing serious intestinal injuries if swallowed.

The Consumer Product Safety Commission (CPSC), a U.S. federal agency, examines consumer products for any electrical, chemical, or mechanical hazards posing a risk to consumers; however, due to their limited budget and personnel amount, they can only examine a very small portion of products on the market. Thus, it’s up to consumers to keep an eye out for defective merchandise, especially from communist-ruled China, a country with a history of exporting large quantities of defective or hazardous products to the United States and elsewhere.

Here are some products American companies imported from China that the CPSC took off the shelves in the past few years for the potential health hazards they pose.

1. Duck Magnets That Can Kill

In March 2014, the company Design Ideas recalled thousands of yellow duck figurines manufactured in China because their magnets could easily detach, and if swallowed, “link together inside a child’s intestines and clamp into body tissues, causing intestinal obstructions, perforations, sepsis and death,” the CPSC stated. Fortunately, no injuries have been reported so far.

Due to defective manufacturing, the front wheel of the Avigo Youth Bicycle separates easily from the frame, posing a risk to their young riders. Sold exclusively at Toys “R” Us, these made-in-china bikes were all recalled after a case when the wheel detached in motion, causing the child riding the bike to fall off.

Following the deaths of two children, a 13-year-old boy from McKinney, Texas, and a 3-year-old girl from Lexington, Kentucky, Ace Bayou Corporation voluntarily recalled over 2 million bean bag chairs. Although soft and comfortable on the outside, the made-in-china chairs had zippers that could open and allow children to crawl inside and ultimately suffocate or choke on the foam beads within.

AOSOM LLC, the importer of playpens manufactured in China, received 69 reports of the wooden playpens breaking or splintering. In some cases, children had broken wood and splinters in their mouths or hands. The company removed the product from sale in Mar. 2011.

5. Sticks That Bounce Kids to Injury

Thousands of pogo sticks imported from China were removed from shelves after the CPSC discovered that the bottom of the stick’s tube was prone to breaking and releasing the spring. The importer, Bravo, received 123 reports, including nine cases of injuries, with one involving a chipped tooth and a facial laceration requiring stitches.

Despite its innocuous appearance, a made-in-China doll sold at Wal-Mart caused burns and blisters on two children when the circuit board in the doll’s chest overheated.

Over 4 million strollers imported by Graco from China were recalled after it was discovered that the folding hinge could squeeze a child’s finger against the edges of the strollers. The company received six reports of fingers being cut off as well as other reports of lacerations and partial amputations.

Although not a hazard by itself, when this made-in-China children’s mattress, sold by IKEA, is placed in a crib, a gap may exist large enough for infants to become entrapped and even suffocate. IKEA recalled 300,000 of the mattresses on May 1, 2015 after having received two reports of children being stuck in the gap.