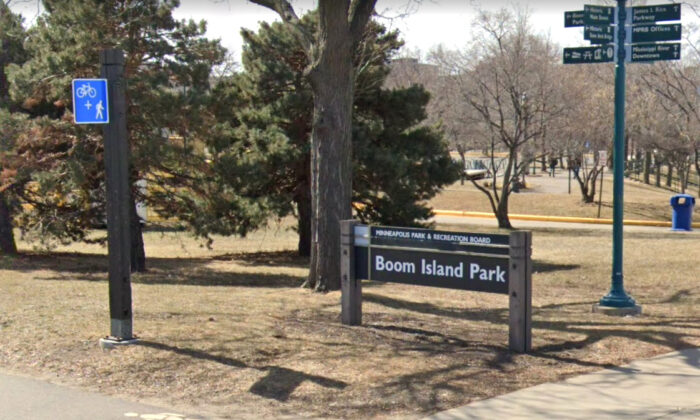 The Boom Island Park in Minneapolis in March 2022. (Google Maps/Screenshot via The Epoch Times)
US

MINNEAPOLIS—Eight people were wounded, some critically, in a shooting in a Minneapolis park during unofficial Fourth of July celebrations, according to officials.

“We were just watching fireworks and we just heard a whole bunch of shots,” Kaayla Laanaee told WCCO-TV. “I just heard them going over my head to the trees. I was just ducking by the lake.”

Minneapolis Park Police said there was no formal July Fourth event or fireworks at the park, but that people had gathered there to celebrate the holiday.

Police say no one is in custody. Authorities have not released details about the eight who were taken to hospitals.