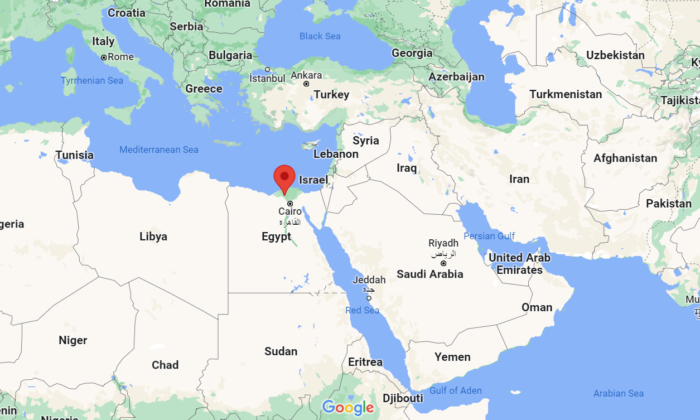 A map shows the location of the city of Itay el-Baroud in the Mediterranean province of Beheira, Egypt, on April 30, 2022. (Google Maps)
Africa

The accident took place in the city of Itay el-Baroud in the Mediterranean province of Beheira. The children were workers at a factory in the city, around 140 kilometers (87 miles) north of the capital of Cairo, a police statement said.

The three-wheeled vehicle was carrying at least 13 people when it overturned and sank in the channel early Saturday.

Rescuers retrieved the bodies of eight children between 12–15 years old, health authorities said. At least four others survived and rescue workers were searching for at least one other.

Prosecutors opened an investigation into the cause of the accident.

Traffic accidents are common in Egypt where roads are often poorly maintained and regulations are lacking.