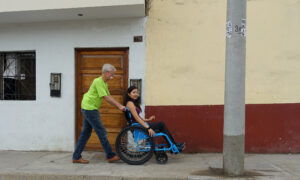 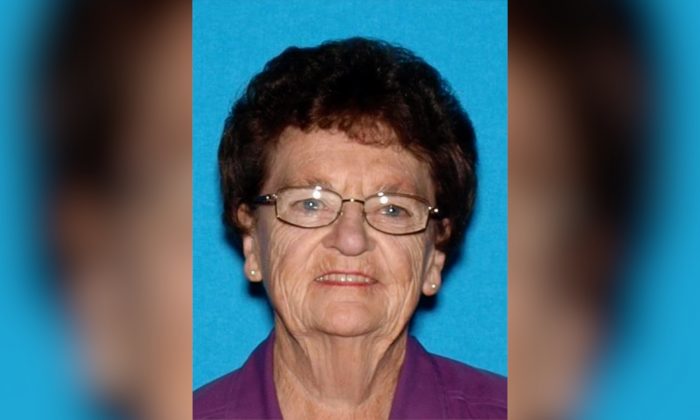 Marilyn Joy Haight, 79, was struck and killed while she was walking home with groceries on the night before Thanksgiving. (LASD Norwalk Station/Facebook)
Southern California

The Los Angeles Sheriff’s Department (LASD) is seeking the public’s help to identify a hit-and-run suspect who struck and killed an elderly woman during the Thanksgiving holiday.

The incident happened on Nov. 21 around 5 p.m. The victim, who was later identified as 79-year-old Marilyn Joy Haight, had just left a local grocery store and was heading home with bags of food for her family’s holiday meal. However, she never made it.

According to a report from LASD Norwalk Station, Haight was struck while crossing Pioneer Boulevard near Lindale Street in Norwalk. At that time, she was walking east and the suspected vehicle was traveling northbound on Pioneer Boulevard.

The driver did not stop to check on the woman, render aid, or call emergency services.

On Wednesday, November 21, 2018, the Eve of Thanksgiving, a 79 year old resident of Norwalk left a local grocery store on Pioneer Boulevard carrying groceries. She never made it home after being fatally struck by a hit and run driver. We need your help https://t.co/xuMoQlLwHl pic.twitter.com/gLbUQ7dhBA

Deputies from LASD Norwalk Station received multiple calls reporting the hit-and-run just after 5:00 p.m. and rushed to the scene. Haight was later hospitalized but died due to her injuries.

Based on the time stamp on the store receipt, the collision happened within four minutes after she purchased the groceries. She had bought the food to prepare for her family, who was coming to her house the next day for Thanksgiving, according to the statement.

In another hit-and-run incident that happened this Thanksgiving, a Texas family was devastated when 28-year-old Amanda Ferguson Weyant from El Paso was struck and killed. The driver was a man who came to the U.S. illegally and was once arrested for assault in 2017, according to a report by The Epoch Times.

The suspect, who was identified as 24-year-old Joel Velazquez by the local police department, allegedly ran a red light and struck Ferguson, who was crossing the street.

Ferguson Weyant, a sixth-grade teacher, was later pronounced dead at the scene. Velazquez was arrested last Saturday after police found his vehicle abandoned in a nearby neighborhood.

Velazquez is currently being held at a detention facility under a $150,000 bound.

“He’s destroyed my family. My daughter, Mandy, was the glue that held my family in place, she was my everything,” said Dan Ferguson, her father, in a statement to WLOS.

“Everything was perfect in her life and to have it all taken and senselessly destroyed this is something no parent should go through,” her father continued. “She was my world, she was my wife’s best friend but she was my baby girl.”