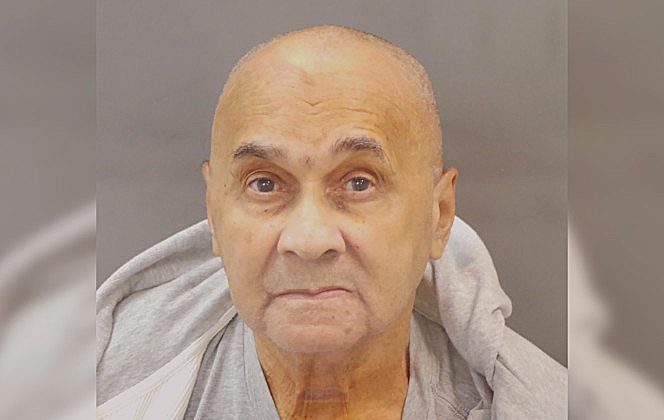 A 79-year-old St. Louis man free after being paroled for three murders is heading back to prison for a fourth.

Thomas Epps was convicted of a triple murder in 1973. He served 14 years, and was paroled in 1988. He broke parole and spent eight years on the run before being captured and jailed until 2003.

The elderly Epps used a wheelchair or motorized scooter to get around the Lafayette Towne senior housing complex in St. Louis where he lived.

In late January 2017, Epps reported that someone had broken into his room and stolen his life savings. On Jan. 19, he got into his wheelchair, picked up a pistol, and went on a shooting rampage through the senior center.

Epps fired several shots at a woman standing near her apartment, missing her with all of them. He then rolled into the senior center’s leasing office and threatened an employee there.

He fatally shot another employee, 32-year-old Tiandra Johnson, in the hallway outside the office.

“He suspected her of stealing his money or having something to do with his missing money, and shot her in the chest,” said St. Louis Police Lt. John Green, of the department’s homicide unit.

At his trial Epps told St. Louis Circuit Judge Dennis Schaumann he suspected Johnson of entering his room using a duplicate key kept in the office.

“It was my life savings,” Epps said.

“Is that reason to shoot somebody?” Schaumann asked.

Epps pleaded guilty to second-degree murder and was sentenced to 18 years.

Torrance Epps had a history of shooting people.

Epps was convicted of killing his wife’s mother, Pauline Clark, 44, and his wife’s grandparents, Matthew and Pauline Sherman, both 72, in December 1973.

He shot his three relatives because he suspected they were hiding his wife, Linda, who had left him because he beat her.

Epps was sentenced to 30 years in jail and served 14 before being paroled in 1988. He was sent to a halfway house, which he fled.

He lived as a fugitive for eight years before getting arrested for illegally selling food stamps. He was sent back to prison until 2003.