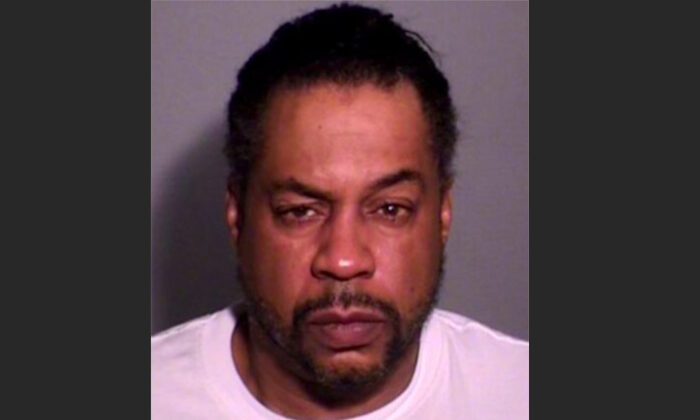 MILWAUKEE—Bond was set at $750,000 cash Thursday for a Milwaukee man accused of fatally bludgeoning his 12-year-old grandson whom he accused of stealing his money.

A criminal complaint alleges that Andrez Martina, 54, used a sledgehammer, mallet, and coat rack to beat Andre Smith II for up to 90 minutes on Sunday before the boy was pronounced dead at a Milwaukee hospital. The cause of death is listed as multiple blunt force injuries to the head.

Martina is charged in Milwaukee County with five counts, including first-degree intentional homicide and physical abuse of a child with repeated acts causing death. His public defender, Stephen Sargent, did not immediately return a call seeking comment.

The attack was witnessed by Martina’s mother, who is disabled and could not intervene, according to the complaint, and by Andre’s 8-year-old brother, who suffered a broken finger and bruising.

Martina told police he awoke about 3 a.m. to find his wallet open and money missing. Andre denied taking the money and turned his pockets inside out to show they were empty, according to the complaint.

Prosecutors said the boy made two attempts to escape, at one point running outside and at another, locking himself in a bathroom. But Martina was able to grab him the first time and drag him back inside, and, later, pick the lock of the bathroom, the complaint said.