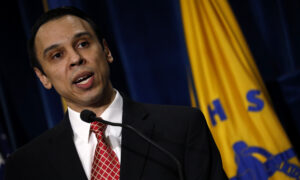 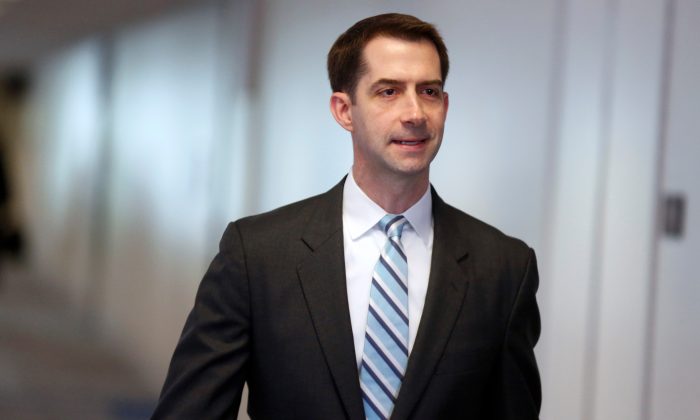 Eleven Republican senators and 64 Republican House members are urging President Joe Biden to withdraw his nomination of California Attorney General Xavier Becerra to serve as the next Secretary of Health and Human Services (HHS).

The members of Congress, led by Sen. Tom Cotton (R-Ark.), sent a letter (pdf) to Biden on Monday to express “grave concerns” over the nomination, arguing that Becerra was not qualified for the role given his record in public service revealing “extremism and contempt for those who take a different view.”

“Mr. Becerra’s lack of healthcare experience, enthusiasm for replacing private health insurance with government-run Medicare-for-all, and embrace of radical policies on immigration, abortion, and religious liberty, render him unfit for any position of public trust, and especially for HHS Secretary,” the senators wrote.

Becerra needs 51 votes in the Senate to be confirmed.

Becerra’s office did not immediately respond to The Epoch Times’ request for comment.

Becerra, who has an economics and law background, has previously served 12 terms in Congress as a House of Representative member, where he took on leadership roles in several committees and served as Chairman of the House Democratic Caucus. He also served in the California Legislature for one term.

The lawmakers argued in their letter that Becerra has “no meaningful experience in healthcare, public health, large-scale logistics, or any other areas critical to meeting our present challenges.”

“Mr. Becerra’s lack of qualifications is particularly alarming given the important role the HHS Secretary will play in efforts to develop and distribute vaccines, coordinate research efforts, and draft critical regulations to carry out recovery legislation,” they wrote.

The Republicans also took issue with Becerra’s support for radical leftist policies that they argue would “inflict great harm on millions of Americans.” They told Biden that the appointment would “contradict your calls for unity.”

“At a time when Americans can least afford it, Mr. Becerra enthusiastically supports eliminating the private health insurance market for 160 million Americans, only to replace it with a government takeover branded as Medicare-for-all,” they wrote. “The resulting reimbursement cuts would devastate rural health care providers working to stay solvent during the pandemic and would be a slap in the face to the doctors, nurses and other health care workers keeping our communities healthy and safe.”

A number of religious liberty groups and pro-life advocates have similarly expressed concern over Becerra’s nomination, arguing that his record as California attorney general demonstrates his hostility toward pro-life and religious causes.

When Becerra was serving as a U.S. House member, he voted against a bill that aims to protect minors from driving across state borders to get an abortion without parental consent. He had also voted against a law aimed at prohibiting a form of late termination of pregnancy called “partial-birth abortion.”

Becerra also voted against the Unborn Victims of Violence Act that protects unborn children by recognizing an embryo or fetus in utero as a legal victim.

“Xavier Becerra is particularly concerning for his extreme positions on abortion. While a majority of Americans support at least some restrictions on abortion, Xavier Becerra has a record of expanding abortion access, challenging laws that protect women, and consistently voting against bills that would protect women and unborn children,” Matt Sharp, senior counsel and state government relations national director at the Alliance Defending Freedom (ADF), previously told The Epoch Times.

Becerra also indicated a lack of respect for the freedom of religious institutions in society during his 2017 confirmation hearing in California.

“[In] regards to religious protections, the protection for religion is for the individual, and so I think it’s important to distinguish between protections that you are affording to the individual to exercise his or her religion freely, versus protections you are giving to some institution or entity who’s essentially bootstrapping the First Amendment protections on behalf of somebody else,” Becerra responded to Assemblyman James Gallagher at the time when asked about religious liberties.

“Not only has Xavier Becerra sued the Little Sisters of the Poor to coerce them to abandon their religious commitments that conflicted with Obama Administration policies concerning contraception and abortion, but he has also been a vocal and supportive ally of Planned Parenthood,” professor Edward A. Morse, who is a member of the board of directors of the Thomas More Society, previously told The Epoch Times.

“He has been instrumental in focusing the state’s prosecutorial powers on members of the pro-life cause, including David Daleiden, who have shined light on the business practices of Planned Parenthood and others in the abortion industry.”

She pointed in particular to his role in leading the defense of the Affordable Care Act in the Supreme Court in November last year.