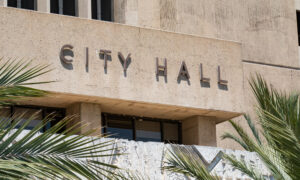 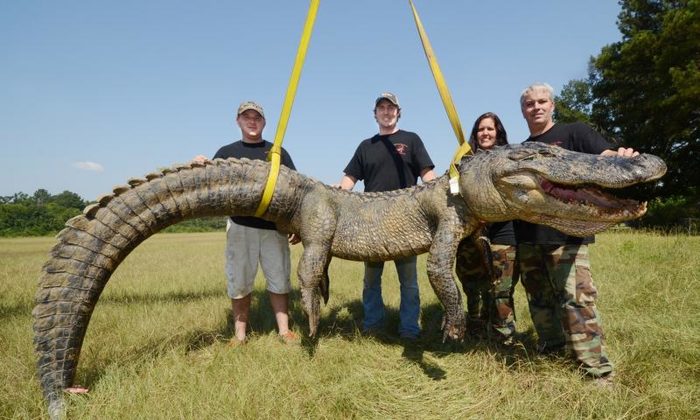 From left, Jimmy Greer, of Canton, Dalco Turner, of Gluckstadt, and Jennifer Ratcliff and John Ratcliff, of Canton, pose by their record setting catch, a 741.5-pound male alligator, caught Sunday morning, Sept. 8, 2013, in a backwater area of the Mississippi River near Port Gibson, Miss. This harvest shatters the week-old state record for heaviest alligator at 727-pounds. (AP Photo/The Clarion-Ledger, Brian Albert Broom)
US

A 741-pound alligator was caught in the Mississippi River on Sunday.

JACKSON, Miss. (AP) — Mississippi’s record for the heaviest alligator has fallen again with the catch of a 741.5-pounder in the backwater of the Mississippi River near Port Gibson on Sunday morning.

The Clarion-Ledger reports (http://on.thec-l.com/16eBi2v ) that it also tied the record for longestalligator at 13-feet, 6.5-inches.

Jimmy Greer of Canton, Dalco Turner of Gluckstadt, and Jennifer Ratcliff and John Ratcliff of Canton caught the monster.

Last week, Beth Trammell of Madison took the title for Mississippi’s heaviest alligator with her 723.5-pound harvest, only to be bested an hour later by Dustin Bockman of Vicksburg with his massive 727-pound beast.

John Ratcliff says they paddled with the gator into shallow water. They recruited two helpers but it still took the six of them 30 minutes to get the gator into the boat.