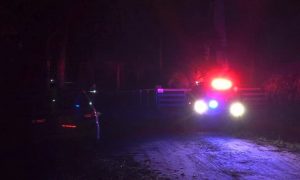 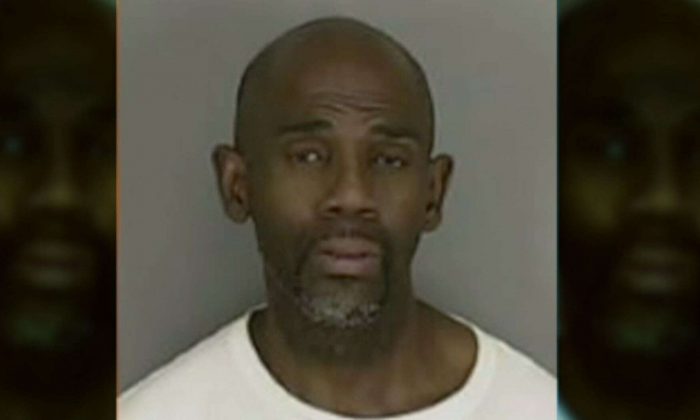 A 73-year-old Ohio man pulled a loaded gun on an alleged home invader and detained the man at gunpoint until police arrived and took him into custody.

“They picked the wrong house,” said Akron resident Daniel McGown who, in an interview with WEWS-TV, described the tense moments when on the morning of Aug. 27, he found himself face-to-face with a burglar.

A retired lawyer, McGown told the station he heard someone ring his doorbell several times at around 5:15 a.m. on Aug. 27, before hearing what sounded like yelling—from inside his house.

McGown said he armed himself with his 9 mm pistol and confronted a man, identified by investigators as 51-year-old Thomas Gaffney.

“I pointed the pistol at him and said, ‘If you don’t move, I won’t shoot you,’” McGown told the outlet.

“I told him, ‘You’re going to walk ahead of me and we’re going to go upstairs where I can get my cellphone and call the police,” McGown told WEWS-TV, adding that Gaffney complied and said, “Please do call the police. Please don’t shoot me.”

“I told him to get down on his knees in front of the bed and lay down on it with his arms out,” McGown said, adding, “and I called the police and they showed up, and there he was.”

McGown said that several days earlier, he had been the victim of a break-in. Among the items stolen, WEWS-TV reported, were laptops, guns, and ammunition.

Akron police were cited by ABC6 as saying they were looking into whether Gaffney was connected to the first burglary.

Fox News reported Gaffney has been charged with burglary and possession of drug paraphernalia.

The incident recalls the case of a 7-Eleven customer with a concealed carry permit who shot two armed suspects during a convenience store robbery, leaving one gravely wounded and the other dead.

A spokesperson for Virginia Beach Commonwealth’s Attorney Colin Stolle told WAVY that the customer, whose name has not been released, will not be charged.

The man was in the 7-Eleven convenience store on South Newtown Road in Virginia Beach at about 2 a.m. July 25 when two armed men came in and demanded money, according to The Virginian-Pilot. A witness cited in the report said the man was standing in the back of the store when he fired at the suspects.

“Nobody’s gonna point a gun at me and get away with it,” the man said, according to a witness cited by The Virginian-Pilot.

Ronald Lee Brookins, 18, suffered a gunshot to the neck, The Virginian-Pilot reported, and appeared at his arraignment sitting in a wheelchair.

Khuehn said Brookins has been charged with two counts of use of a firearm in the commission of a felony, two counts of conspiracy to commit a felony, abduction, and wearing a mask in public.

She added that a third suspect, 19-year-old Deric Breon Simmons, was taken into custody outside the 7-Eleven. Simmons has been charged with two counts of robbery and two counts of use of a firearm in the commission of a felony.

According to WTKR-TV, police said the same suspects may be linked to three other 7-Eleven robberies that took place overnight.

Brookins and Simmons were being held in the Virginia Beach Correctional Center without bond.

A customer who was in the store on the day of the incident, Barrie Engel, launched a Facebook fundraiser for him, expressing appreciation for “the heroic actions of a legally carrying customer.”

“I was a witness to a robbery where two people were shot, one fatally,” Engel wrote. “Thanks to the heroic actions of a legally carrying customer, no innocent people were hurt. This HERO is now surly [sic] faced with numerous expenses (attorney fees, missed work, etc.) and I would like to ease the burden of these expenses after what he has selflessly done for me.”

David Kopel, an adjunct scholar at the Cato Institute and author of the book “The Morality of Self-Defense and Military Action: The Judeo-Christian Perspective,” recently wrote an op-ed for The Epoch Times on the moral right to self-defense.