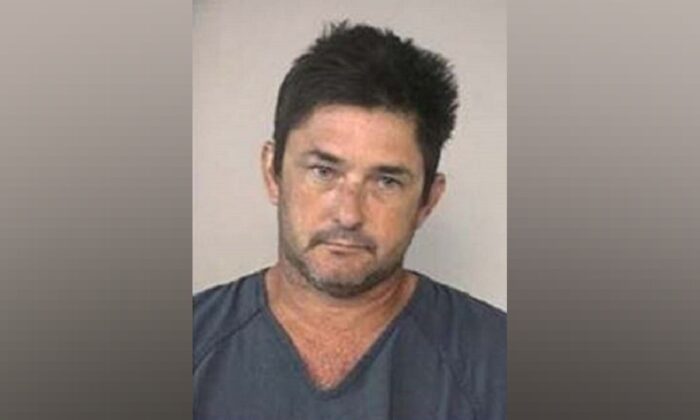 A 71-year-old man in Texas was mauled to death by seven dogs on his way to a local neighborhood store last Tuesday, according to a statement released by authorities.

The tragic incident unfolded in Fresno on July 18, the Fort Bend County Sheriff’s Office said. Fresno-native Freddy Garcia was walking down the street before being attacked by a pack of seven dogs.

Samuel Cartwright, 47, is the suspected owner of the seven pit bull mixes, said the Sheriff’s Office on Friday.

At approximately 1:30 p.m Tuesday, the Sheriff’s Office received a call from a witness who reported the gruesome mauling.

After the immediate arrival of law enforcement, Garica was quickly transported to a downtown Houston hospital via Life Flight to Memorial Hermann. Garcia was pronounced deceased later that day due to the wounds he received.

Four of the seven dogs were soon captured, and three escaped for an unspecified period of time before their capture.

Cartwright’s arrest followed an investigation conducted by the Sheriff’s Office, the Fort Bend Animal Control, and the Fort Bend County District Attorney’s Office. Police confirmed he is currently facing a second degree felony along with a $100,000 bond, charged with attack by dog resulting in death.

However, according to a brief CNN interview prior to his arrest, Cartwright claimed he does not own the dogs, that they were trespassing on his property, and that he alerted animal control immediately after sighting them.

“There’s 20 dogs around here right now. If you drive down this back street, there will be 20 loose dogs running around,” said Cartwright. “People just dump them around here. The dogs go wherever they can find food.”

“This devastating tragedy didn’t have to happen. I extend my deepest condolences to the Garcia family and his neighbors as they adjust to the loss of Mr Garcia,” he said. “Special thanks go out to our deputies, Fort Bend Animal Services Director Rene Vasquez, and Fort Bend District Attorney Brian Middleton for the collaborative work of capturing the dogs and making an arrest.”

The investigation is still currently ongoing.