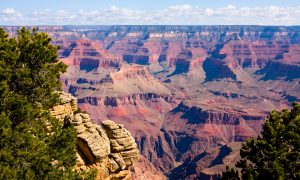 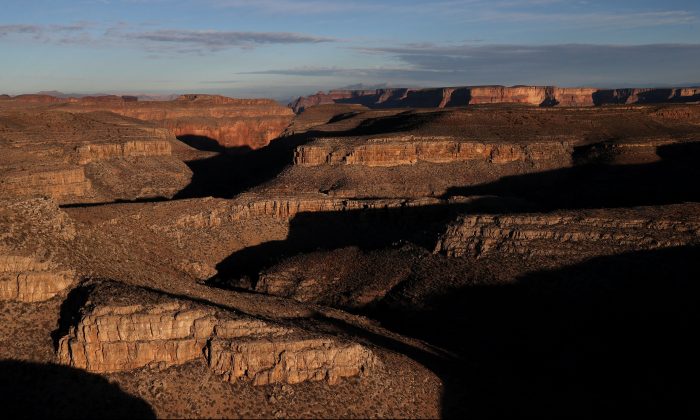 Aerial view of the West Rim of the Grand Canyon in the Hualapai Indian Reservation near Peach Springs, Ariz., on Jan. 10, 2019. (Justin Sullivan/Getty Images)
US News

A 70-year-old woman fell 200 feet to her death in Grand Canyon National Park, becoming the second person this year to die after falling over the rim.

The National Park Service (NPS) said in a statement that park rangers responded to call that a person needed help at rocky point west of Pipe Creek Vista at around 1:05 p.m. on April 23.

The elderly woman, who has not been identified, fell over the rim before rangers could begin their rescue efforts. Her body was recovered approximately 200 feet below the rim.

Visitor Fatality at Pipe Creek Vista on South Rim of Grand Canyon National Parkhttps://t.co/uSzUe6Id0K #GrandCanyon Stay on designated trails and walkways and always keep a safe distance from the edge of the rim. Do not climb over railings or barriers. pic.twitter.com/RXcE4dK1eH

A total of 15 people in the park’s helicopter and rescue team participated in the body’s recovery. No details about how she fell were released.

“Park staff encourages all visitors to have a safe visit by staying on designated trails and walkways, always keeping a safe distance from the edge of the rim and staying behind railings and fences at overlooks,” NPS said in the statement.

This incident is the latest among a string of accidents that have occurred within the Grand Canyon area in the past few weeks.

Earlier this month, a 67-year-old man also fell to his death over the canyon rim east of Yavapai Geology Museum. His body was located about 400 feet below the rim.

In another incident on March 28, a 50-year-old tourist from Hong Kong, who was visiting the Hualapai reservation outside the park fell while trying to take photos, reported USA Today.

Two days before the 70-year-old fell, officials said they found a body, who was identified as a possible tourist, in a wooded area south of Grand Canyon Village away from the rim. The NPS and the Coconino County Medical Examiner are currently conducting an investigation, the agency said in a news release.

“It’s also a very drastic environment for a lot of people,” Ceja told the news station.

About 12 deaths happen each year at the Grand Canyon, park spokeswoman Kirby-Lynn Shedlowski reported on the Grand Canyon blog earlier this year. On average, two or three of the deaths are from falls over the rim.

The blog recommends people stick to paved paths on the rim, watch children closely both at the rim and on trails, and be aware of the possibility of falling at all times.

The official Grand Canyon website states on viewing the canyon safely: “Stay at least six feet from the edge. Hold on to Children. Do not lean over or go past walkways and railings. Always be aware of your surroundings. Do not back up without first looking where you are going.”