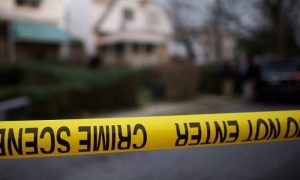 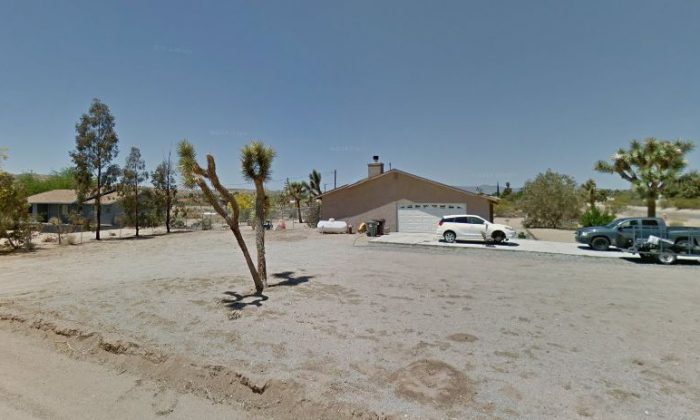 A Google Street photo shows the Joshua Tree, Calif., neighborhood near where the woman lived when she was killed. (Google Street View)
US News

The pit bulls were living in the home of Lana Bergman, the slain woman, reported the Desert Sun on Jan. 16, citing the San Bernardino County Sheriff’s Department.

Bergman was killed at her home around the 59-000 block of Sunflower Lane in Joshua Tree. The Sun also reported that “she and her husband lived at the home with the dogs and their owner.”

The San Bernardino County Sheriff's Department says the woman was home alone with the dogs on Wednesday night when they attacked.

Sheriff’s officials said there was no indication the dogs were mistreated or malnourished prior to the attack.

And it’s not clear, officials said, why the dogs suddenly attacked her while she was home alone.

“The dogs were considered family pets, which the victim helped care for over the past year,” investigators said, reported the publication.

Deputies also told the Press-Democrat that the dogs belonged to a friend of the family.

Animal control officers took the animals into custody, and it’s not clear if the dogs will be put down.

Officials did not release more details about the incident in local news reports.

In December 2018, a woman was attacked by three dogs described as pit bulls while she was hanging laundry in nearby Palm Springs, California.

The three dogs, described by the Riverside County Animal Services as pit bulls or pit bull mixes, attacked the woman while she was hanging laundry on her property.

Tim Platt, the victim’s son, said he was told that he has to make the decision to leave his critically injured mother on life support or to allow doctors to remove her from the machines keeping her alive, MyValleyNews reported.

“I was asked to let my mother die today, by doctors and family,” Platt said on Dec. 17. “Everyone tried to convince me today to just let her die as one side of her brain swelled into the other side. But I just could not let my mother go.”

“The dogs basically ate my mom alive, ripping out a main artery in her throat, causing a severe stroke to the left side of her brain, leaving her half brain-dead,” Platt said, describing the attack.

As of Jan. 17, it’s not clear if Johnson was taken off life support.

But Dogbite.org, a website dedicated to raising awareness about the dangers of pit bulls, wrote: “In the 13-year period of January 1, 2005 to December 31, 2017, canines killed at least 433 Americans. Pit bulls contributed to 66 percent of these deaths. Rottweilers, the second leading canine killer, inflicted 10 percent of attacks that resulted in human death. Combined, two dog breeds accounted for 76 percent of the total recorded deaths.”