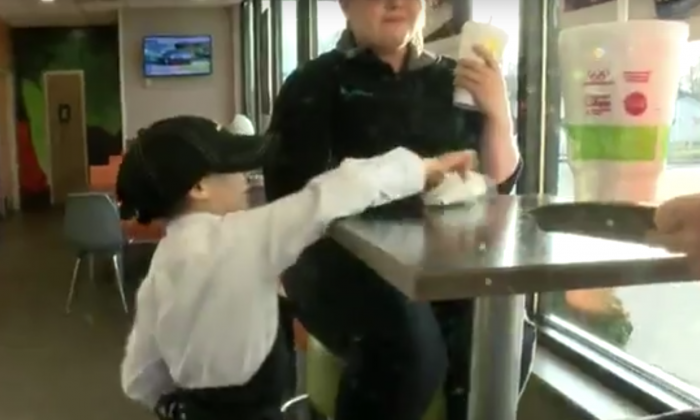 BICKNELL, Ind.—A 7-year-old Indiana boy has been earning money to buy Christmas toys for other children as an honorary employee at McDonald’s.

He wanted to earn money so he could help. It took time to convince McDonald’s general manager Rhonda Butler. She says the boy was so determined she made him an honorary employee and gave him his own apron, name tag and hat. The restaurant donated toys to his effort.

Earlier this week, the 7-year-old and his family dropped off a truckload of toys to a local charity.