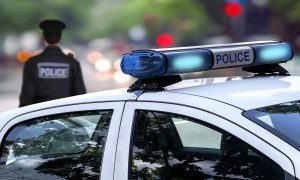 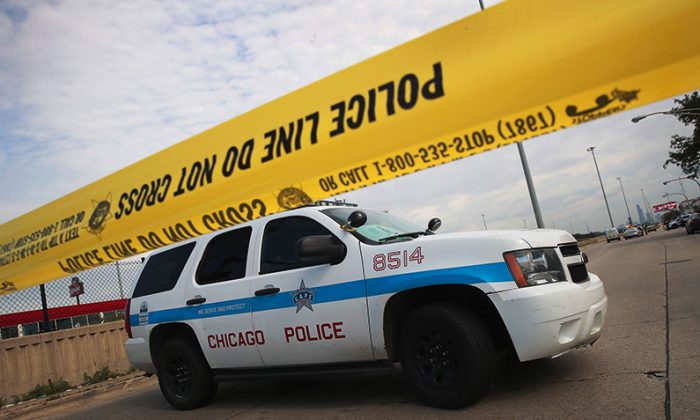 A 7-year-old girl dressed in a bumblebee outfit while trick-or-treating with her family in Chicago on Halloween was shot in the lower neck and rushed to hospital in critical condition, police said.

The incident took place around 5:30 p.m. on Thursday in Chicago’s West Side, in the Little Village neighborhood. The young girl was walking on the sidewalk with her family when at least one man in a group of three began shooting at a 31-year-old as he ran past the girl, injuring his left hand and hitting the 7-year-old’s neck, according to police.

“This is unacceptable,” Alioto told the news outlet. “It’s a 7-year-old girl that’s trick-or-treating with her family out here, and happens to get shot.”

Authorities believe the two victims—whose names have not been released—did not know each other.

Police spokesman Anthony Guglielmi described the incident as “senseless” on Twitter, adding that police believe the girl is an “unintended victim.”

Detectives are on scene and canvassing after a juvenile was shot and critically injured at 3700 BLK of W 26TH Street. CPD PIO Sgt Rocco Alioro responding along with #CPDMediaCar to gather information. pic.twitter.com/zIDX2a9Xqa

Alioto told reporters at the scene: “Just a 7-year-old child out here, with her family, trick-or-treating, just like anybody else.”

He said the area was being canvassed by detectives for witnesses, and surveillance footage was being reviewed. Authorities believe the suspect fled on foot, according to the New York Times.

No arrests have yet been made.

Eyewitness Lali Lara, who works in a cellphone store near the crime scene, told the Chicago Tribune she rushed outside when she heard gunshots.

“We heard the shots … four shots, and I went outside,” Lara said. “The girl’s father was screaming, ‘My little girl’s been shot.'”

She said she held the girl’s hand and tried to stop the bleeding by pressing against her chest.

“She was looking at me, and I was calling her name, ” Lara added. “I have kids—I would go crazy if something happened to my kids.”

Video footage taken at the scene shows a group of masked people running, however, it is not clear if they are connected to the gunman. Gunshots can be heard in the background.

“It gets to the first responders because they have kids, too,” Larry Langford, a spokesman for the Chicago Fire Department, told The New Times.

Authorities do not yet have a description for those involved in the shooting.