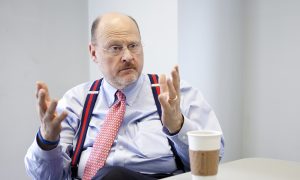 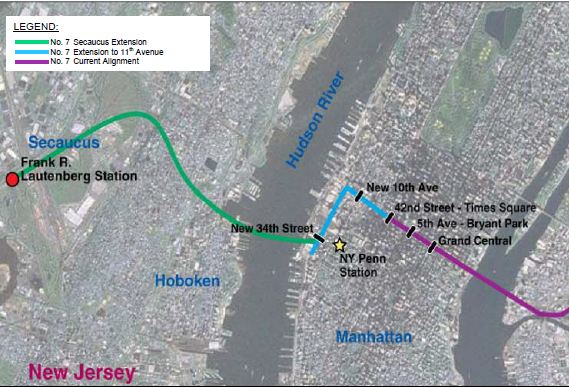 NEW YORK—Extending the 7 line—which cuts across Midtown Manhattan to Times Square—to New Jersey has become a possibility again, with the release of an analysis commissioned by the city.

“After decades of rapid population growth in northern New Jersey the New York metropolitan region’s trans-Hudson transportation system is rapidly approaching capacity,” the report authors write in the foreword. “Studies have estimated that transit travel demand between New Jersey and Manhattan will continue to grow, increasing by 38% by 2030.”

Expanding commuting options across the Hudson River “is critical to maximizing the region’s economic growth potential,” they add.

Joseph Lhota, then- chairman of the MTA, said last year that the expansion wasn’t going to happen because of issues including estimated exorbitant costs. And Chris Christie, governor of New Jersey, halted a similar project called Access to the Region’s Core, citing ballooning costs. But Mayor Michael Bloomberg supports the plan, and the Economic Development Corporation commissioned the report that was released on April 10.

The report shows that two new tunnels connecting New York (the west side) and New Jersey (Secaucus) would likely be a partnership between the MTA and the Port Authority of New York and New Jersey. The tunnels would be constructed 120 feet below the Hudson River, and connect on the New York side with the new 7 train station at West 34 Street and 11 Avenue (this station is slated to open in mid-2014).

If the project was built, about 128,000 people would travel through them every day by 2035. The added commuters to the 7 line stations in Manhattan—Times Square, 5th Avenue/Bryant Park, and Grand Central—would require new sets of stairs and escalators.

If the project was built, people could get to Grand Central from Secaucus in less than 17 minutes and to the west side of Manhattan in less than 10.

The study group for the report included representatives from the offices of both New York Governor Andrew Cuomo and New Jersey Governor Chris Christie, as well as Mayor Michael Bloomberg’s office, and the city’s Department of Transportation.