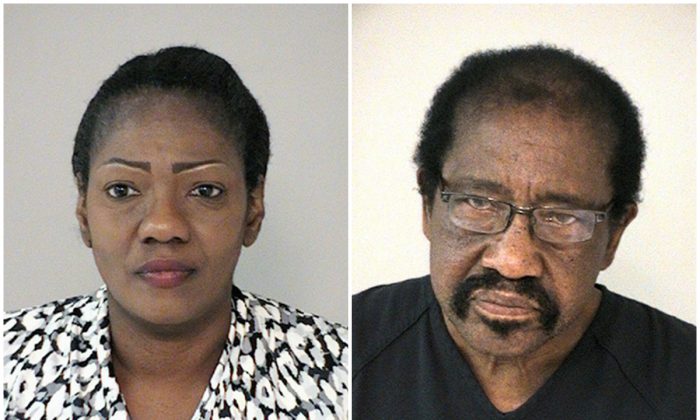 DALLAS—Seven special-needs teenagers living near Houston were repeatedly locked away in a closet by their adoptive mother and restricted to a lone room strewn with human waste, state and county officials said Tuesday.

The Texas Department of Family and Protective Services also said that a 7-year-old boy died in the same home in January 2011. The agency declined to reveal the circumstances of the death.

The revelations were part of a startling series of events southwest of Houston that Fort Bend County Sheriff Troy Nehls described as “heart-breaking.”

“I cannot think of a more deplorable situation than what we have learned in this case,” he said in a statement.

The 7-year-old also had special needs and Family and Protective Services spokeswoman Tiffani Butler said Tuesday that the other seven were not removed from the Richmond home when the child died but that they all lived there at the time. No charges were filed in the child’s death.

The teens, ages 13 to 16, were removed Nov. 23 but the Fort Bend County sheriff’s office didn’t publicize the case until Monday. Caitilin Espinosa, a sheriff’s spokeswoman, said the investigation was delayed by confusing circumstances and also because the two people arrested in the matter have not cooperated with authorities.

Paula Sinclair, 54, and Allen Richardson, 78, each are charged with injury to a child and aggravated kidnapping. They were being held Tuesday at the Fort Bend County jail.

Sinclair, who has used aliases in the past, is the adoptive mother of the teens and also of the 7-year-old boy who died. Her husband lives elsewhere, Espinosa said, and it’s not clear if Sinclair lived there or came by periodically. Sinclair’s relationship to Richardson also isn’t clear.

The two were arrested Saturday and each is being held on a $100,000 bond. Online jail records did not indicate whether they have attorneys to speak on their behalf.

State Child Protective Services was acting on a tip when a case worker went to the home Nov. 22, Butler said. The worker was alarmed enough to receive court approval to remove the teens the next day.

Sinclair and Richardson bickered with authorities that they had done nothing wrong, Espinosa said, but detectives found the teens had been locked in a single room. When Sinclair was at the home and needed to leave, all seven children regularly were placed in a 5-by-8-foot closet. They were struck with a wooden paddle if they attempted to leave the closet or room.

At times they were in the closet so long that they urinated on themselves. The room was fouled with human waste, with some deposited in bags scattered about. A teen with Down syndrome was found wearing a dirty diaper. It wasn’t clear what disabilities the other children have. None attended school.

They were taken to a hospital for treatment and remained there Tuesday. Once they’re released they’ll be in state custody. Sinclair and her husband first served as foster parents to the children and later adopted them, Espinosa said. They’ve been with the couple as foster children since they were babies and were adopted in 2003 and 2004.

“These people are taking advantage of a lousy situation at the expense of children who cannot fend for themselves,” Nehls said. “It is absolutely heart-breaking.”

Parents who adopt a special-needs child can receive up to $540 a month for each child, Butler said.

Sinclair and Richardson were charged with kidnapping because the teens were locked in the room and “kept against their will,” Espinosa said.

They were so isolated that three adults who lived in another part of the home were unaware they lived there, according to Espinosa.

“They really were hidden, even from people in the same home,” she said.