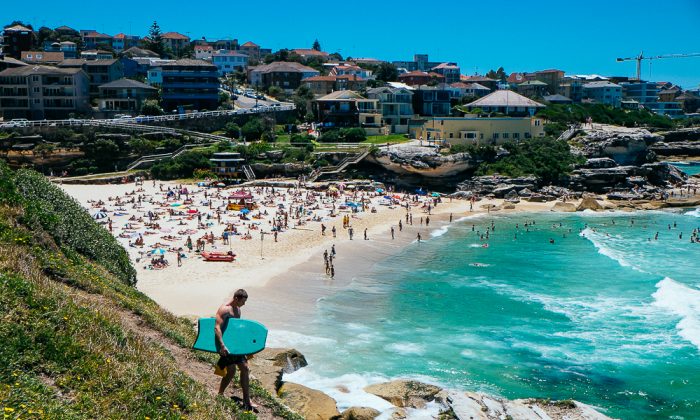 French scientists said on Monday they had re-activated an ancient virus they found preserved in the Siberian ice. It may not sound like a good idea, but the scientists insist it is a warning about what unknown killer strains could be released by global warming.

A giant but harmless virus had been locked in the Siberian permafrost for more than 30,000 years. Wakening the long-dormant virus serves as a warning that unknown pathogens entombed in frozen soil may be roused by global warming, they said. … (Read more)

Sydney and Melbourne have cemented their place on a list of the world’s most expensive cities in which to live.

It’s cheaper to live in Copenhagen, Hong Kong or New York City than it is to reside in Sydney or Melbourne, according to the Worldwide Cost of Living Index compiled by the The Economist’s intelligence unit. … (Read more)

The 2014 Oscars ceremony could be one to forget for Spanish actress Penélope Cruz after it emerged the US Academy of Motion Picture Arts and Scientists doesn’t actually know who she is. … (Read more)

Bonsai, the botanical marvel that epitomizes Japanese sensibilities about nature, is facing stiff competition from overseas. And it has left bonsai masters in Japan scratching their heads.

Japan is widely perceived as having set the standard for what constitutes the perfect bonsai. But beauty, as the saying goes, is in the eye of the beholder. The definition of bonsai beauty is becoming quite different in other countries–so much so that Japanese bonsai masters wonder whether local varieties can be still called bonsai. … (Read more)

Mexico: Mexico City Will Pay Vendors to Get Them Off Subway

The Government of the Federal District will pay $2018.40 pesos [$152.00 USD] per month to “vagoneros” – informal vendors who ply their wares in public places – so that they stop carrying out their activities on the Mexico City subway. …

The payments will be for up to 2500 individuals for a period of six months. If all of the vagoneros collect the funds, they would distribute up to $30,280,500 pesos, or  $2,275,771 USD. He emphasized that the funds will come from revenue from transportation. … (Read more)

Lupita Nyong’o’s Oscar victory for her supporting performance in the critically acclaimed film “12 Years a Slave” has raised hopes of a much-needed boost to Kenya’s fledgling entertainment industry.

Nyongo’s global success, cemented by her Academy Award win on Mar. 2, has proved that, “Just like medicine or teaching, entertainment can be a serious career choice particularly for the many unemployed and talented youths in the country,” says Nairobi-based market analyst Danson Mwangangi.

But that new attitude to the arts is only just developing. … (Read more)

Croatia: A deer enters a hospital in Koprivnica

A deer has entered a hospital in centre of the northern Croatian town of Koprivnica. Patients and staff were shocked after seeing a deer walking down the hall. The deer entered through the automatic door but after seeing a lot of people in the hospital it decided to leave. However, the animal missed the automatic door and ran into a window, breaking the glass and eventually getting out. … (Read more)