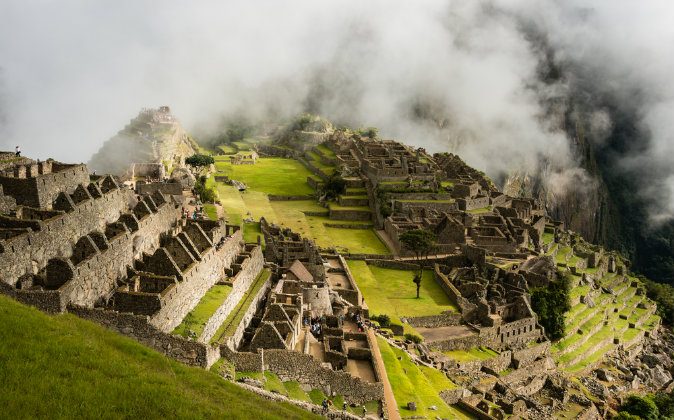 Australia: Attorney-General George Brandis: ‘People do have a right to be bigots’

Attorney-General George Brandis has defended the right of Australians to be ”bigots”.

Speaking in the Senate on Monday, Senator Brandis made the case for controversial changes to race hate laws, which News Corp columnist Andrew Bolt was in 2011 found to have breached in relation to two articles he wrote about fair-skinned aborigines. … (Read more)

Relatives of a man who had “died” of snake bite about 11 years ago were shocked when he suddenly appeared in Patwa village in Uttar Pradesh, northern India.
Malaysian Nanban reported that the villagers had thought that Satrapal, 25 then, had died from the deadly bite and according to their custom, the dead body was floated down the river. … (Read more)

The alien spaceship that landed smack in the middle of Seoul opened its doors on Friday with much fanfare. And judging by the crowd that flocked to the cavernous belly of the Dongdaemun Design Plaza on the first two days of its opening ― more than 58,000 visitors on Friday and 168,000 on Saturday, according to its overseer the Seoul Design Foundation ― the latest Seoul landmark, often ridiculed as a “spaceship,” may win over the skeptics who argue that the “monstrous building” costing some 500 billion won is a colossal waste of taxpayer money. … (Read more)

Efforts by Peruvian authorities to crack down on streakers at the Inca citadel of Machu Picchu hasn’t yet deterred visitors from showing it all.

International tourists that bear it all for a picture at Machu Picchu caught local and global media attention over the last few weeks when pictures of the naked tourists were posted online. Authorities in Cusco have taken the issue seriously, saying that the growing trend is an attack on decency and threatens Peru’s cultural heritage. … (Read more)

New Zealand: Half a century of service in the NZ Defence Force

With two grandfathers gassed in the trenches of the Great War, and a father who battled Nazis at El Alamein, Rick Ottaway never consciously made a career choice.

Raised in a military family, at a time in New Zealand when every household had in some way been affected by war, he just “kind of gravitated” into the Army.
But little would he realise that it would come to consume his life.

Brigadier Rick Ottaway has just retired from the New Zealand Defence Force after a staggering 51 years’ of service. It makes him one of the Army’s longest ever serving members. … (Read more)

A German museum dedicated to much-loved Wild West adventure author Karl May has gotten caught in a row with Native Americans over human remains in its display. The tribes have called for their return – to no avail.

Germany’s fascination with the Wild West is largely down to one man – Karl May, the celebrated adventure author whose stories of Winnetou and Old Shatterhand fed the dreams of countless German children from the late 19th century on. … (Read more)

A 21-year-old North Korean woman was given a choice in 1998: defect to China and face a life of sex slavery or remain in her homeland and risk starving to death.

The woman’s father had died of malnutrition, so she accepted the defection offer from an elderly broker in a market.

Food shortages remain in North Korea, but the low status of women in the country is a problem more deeply ingrained. According to a U.N. report, this low social status is one reason why North Korean women have become easy targets of human traffickers. … (Read more)

*Image of Machu Picchu via Shutterstock