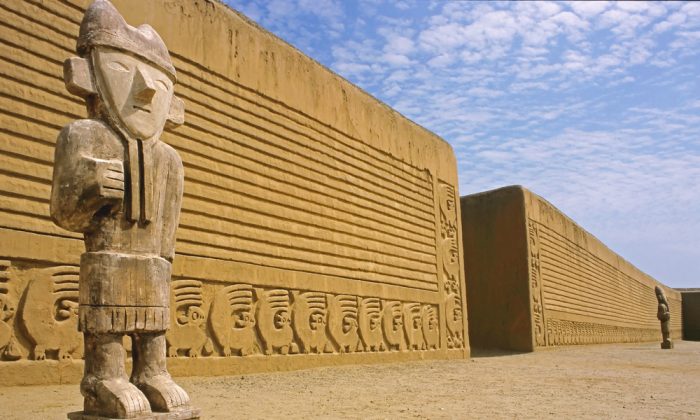 Authorities in Cusco confiscated Inca and pre-Inca ceramics and textiles that were being sold to tourists in stores in the city’s historic center, according to state news agency Andina.

Police Major Yuri Cervantes said there were a total of 180 objects, including ceramic pots, textiles and metal artifacts from the Inca, Chimu and Chancay cultures. … (Read more)

Poor families in Milan will soon be able to take their pets to the vet for free, with the opening of a new “house of animals”, city hall said on Sunday. Milan’s council agreed guidelines that will see the first public veterinary clinic opened in the city’s Bruzzano district. … (Read more)

Brothers Patrick and Henrick Shyu of Blue Eden recently posted the video Crystalapse: Frozen in Timelapse, shot in Iceland earlier this month. Their work has previously been featured by, among others, National Geographic, the Sundance Film Festival and SKY television network. … (Read more)

Anyone caught writing about Chuck Norris should tread very carefully because, according to one meme, the Texas Ranger has threatened to switch off the Internet if he finds any more stupid jokes about him posted online.

This threat is not to be taken lightly: according to another post, the only reason why there is no longer life on Mars is that the Texas Ranger had once paid a visit.

The Chuck Norris jokes all follow the same pattern — that he is invincible and all-powerful. As one goes, when Alexander Graham Bell invented the telephone, he already had three missed calls from Chuck Norris. … (Read more)

A special exhibition is being held at the Imperial Palace in Vienna’s first district to celebrate the tenth birthday of the Sisi Museum.

The museum dedicated to the Austro-Hungarian Empress Elisabeth, wife to Emperor Franz Josef I, houses artefacts and objects belonging to the Empress, who is affectionately known as Sisi … (Read more)

UAE: Flying down The Palm with a 35sqft parachute

On April 5, the skies above Dubai’s landmark The Palm will be raining man as Ernesto Gainza attempts to break a world record by skydiving with the smallest parachute in the world. With the current record held by Luigi Cani, who made three consecutive jumps in 2000, 2004 and 2008 with a 37sqft canopy, Gainza will be downsizing by 2sqft in an attempt to smash the current title using a 35sqft parachute. … (Read more)

Finland: Airline ticket prices fall by a quarter in a decade

Competition in the air travel industry has driven down the cost of flying to foreign destinations by a quarter over the last decade. Such price reductions have not been visible in the domestic aviation sector. Statistics Finland’s consumer price data reveals a 24 percent reduction in the cost of flights abroad since 2003. The period coincides with an intensification of competition in the industry, as low-cost airlines bring down prices. … (Read more)

*Picture of Chan Chan Ruins in Peru via Shutterstock