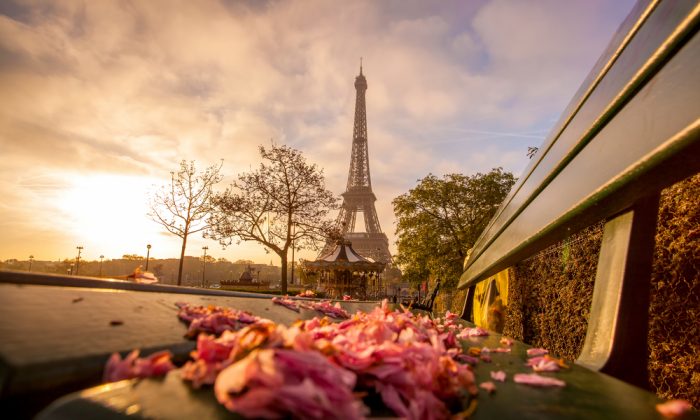 Plans to hold a Hidden Cash treasure hunt in Paris this weekend have been called off after French police informed the American millionaire behind the incredibly popular city-by-city event, Jason Buzi, that it is illegal to distribute money in public. … (Read more)

HE WAS the war horse afraid of his own shadow who carried ­Alexander the Great to the edge of the world – but when the sculptor Sir John Steell was ­commissioned to create a bronze statue of Bucephalus he made a pig’s ear of it. … (Read more)

Germany: ‘Simple Things Can Have a Huge Effect’

The Bill and Melinda Gates Foundation is the largest private global development organization in the world. In a SPIEGEL interview, Melinda Gates explains the couple’s start in philanthropy, the challenges of combatting disease in conflict zones and the unique responsibility of the wealthy. … (Read more)

If you can remember life before the internet, you’ll also remember people searching through auto club guides to choose the best place to stay.

They were the trusted bibles for accommodation; a good or bad star rating could make or break a hotel.

It seems like ancient history and some would say that’s where traditional star ratings belong, but prepare for a serious attempt at a comeback. … (Read more)

A normally timid pet dog chased away a bear that was attacking a 5-year-old boy, saving the child from serious injury. … (Read more)

Wales: Breastfeeding mother claims she was asked to leave her restaurant table

It’s a debate that shows no signs of slowing down? Would you mind if a mother was breastfeeding her child next to you in a restaurant?

One mother of three claims she was asked to leave her table while breastfeeding her four-month-old son in a popular restaurant. … (Read more)

Woven from the leaves of the toquilla plant    the hats first arrived on the Isthmus in the 19th and 20th centuries. They were an instant hit among transient 49ers who took them home to the US and erroneously called them ‘Panamas’ … (Read more)

*Image of Eiffel Tower in Paris, France via Shutterstock