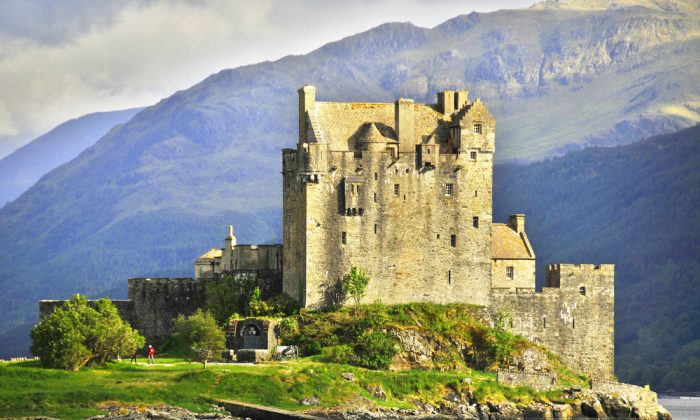 After more than two decades and 2 trillion euros worth of investment, eastern Germany trails western parts of the county in many economic indices. A new atlas of deindustrialization shows how stark the disparities are. … (Read more)

A crack between continents formed by the constant pulling apart of two tectonic plates – is a geological wonder. Because of this, it’s become one of the world’s top diving destinations, where divers and snorkelers can literally float between the North American and Eurasian continents; in some of the narrower openings, you can touch both sides at once. … (Read more)

Denmark’s parliament has agreed to offer support to the estimated 120,000 children in the country being raised in homes where alcohol abuse is an issue.

Local councils will now have to offer treatment within two weeks to children whose parents are alcoholics. Until the new ruling was made, children being brought up in alcoholic families have not received the offer of public support, but the Danish system has now been extended to offer them counselling and therapy. … (Read more)

Regardless of their age or nationality, many women attempt to defy aging by preserving good skin and natural beauty. Female celebrities, whose appearance is crucial for their work, create their own ways to maintain great-looking skin. The Korea Herald has listed the top five female Korean celebrities with good skin and their secret tips for facial cleansing. … (Read more)

A ten-year-old Icelandic girl, Harriet Cardew, has been denied a passport as her name is not accepted by the Icelandic Naming Committee.

“They have deprived our daughter of freedom of movement,” the girl’s mother, Kristín Cardew, told visir.is. “It is in violation of the United Nations’ Convention on the Rights of the Child,” she added. … (Read more)

Scotland: 25 things to do on the Scottish islands for families

Alongside providing solace for adults, Scotland’s islands are also ideal for taking the kids on an action-packed holiday. Here we look at some ideas for those taking a family trip to Scotland’s west coast islands this summer. All activities listed can be reached by CalMac ferry although some may require further onward travel. … (Read more)

Russia: Scientists to study exact age of ‘oldest wooden statue in the world’

Twice as old as the Egyptian Pyramids, samples of the Shigir Idol are sent to Germany for testing. This ancient example of human creativity was recovered in January 1890 near Kirovgrad but there remains uncertainty over its age, believed to be around 9,500 years old. Made of 159 year old larch, it is covered with Mesolithic era symbols, which are not yet decoded. Some 2.8 metres in height, it appears to have seven faces. … (Read more)