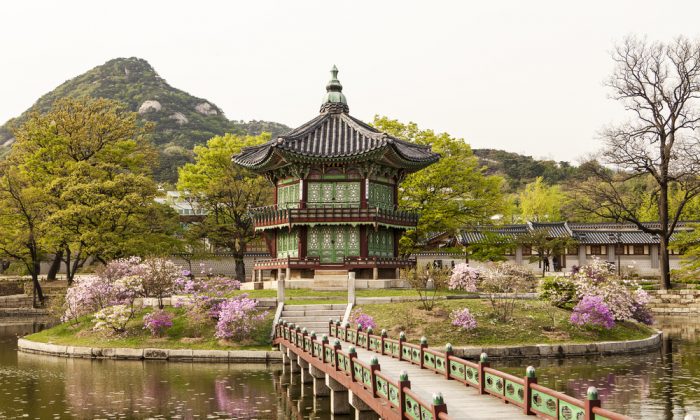 The Pavilion of Far-Reaching Fragrance in Seoul. (*Shutterstock)
12- OBSOLETE

Korea has promoted the country’s tourism under several slogans ― none of which survived long enough to make a lasting impression.

The slogans, which sometimes cost millions of dollars to come up with, were pulled for various reasons. “Sparkling Korea” was briefly withdrawn in the U.S. after the shooting rampage in Virginia by a Korean-American student in 2007. The word sparkle was feared to denote the muzzle flash of a gunshot. … (Read more)

Canada: The jerky pet treats mystery and what pet owners can do

Pet owners, pet food retailers and manufacturers have a mystery to solve. What’s killing or sickening some pets, mostly dogs, which have eaten jerky pet treats from China?

The controversy dates back to about 2007, when the U.S. Food and Drug Administration took note of the increasing number of pet illnesses associated with those treats … (Read more)

In the subterranean St James theatre in central London, an enraptured audience watches two actors argue on stage against a backdrop of the Beverly Hills Hotel. This performance of Neil Simon’s two-part play, California Suite, is the latest lunch-hour show at the theatre.

Though it’s only noon, the relaxed vibe soothes the business-attired audience members. Small candlelit tables are dotted around the room, where some drink water, some sip smoothies and some savour white wine. An added bonus? You can bring your own food. On one table, two women lap up the comedy to prawn and avocado wraps. On another, a man slurps soup. … (Read more)

On a recent spring day in Kyoto, a boy saw a manga artist as she quickly drew faces and figures, bringing to life a chiaroscuro world of adventure.

This is the Kyoto International Manga Museum, where visitors can see the manga production process up close and personal. … (Read more)

The government said it was indifferent over a UNESCO warning that the organization might revoke the world heritage label of several sites across the archipelago.

Deputy Education and Culture Minister Wiendu Nuryanti told Bali Daily on Monday that the government’s decision to register sites with the organization had not been about “image”, but rather to increase awareness of cultural preservation. … (Read more)

Estonia: To Helmet, or Not to Helmet? That Is the Question

Tallinn Bicycle Week runs from June 5-8. In this piece, Juho Kalberg takes a look at a recent controversy, arguing that compulsory bike helmets for cyclists is a superficial measure and an half-hearted attempt to deal with the consequences, not the causes. He says the focus should be on promoting the health benefits of cycling and creating a decent infrastructure for a more humane urban environment. … (Read more)

Denmark: Students missing too much school

Some children are absent for the equivalent of an entire year.

An ever-growing number of youngsters are missing over 20 days of school every year. According to figures from the Education Ministry that have been cited in an investigation by DR Nyheder, absenteeism has increased across all grades and schools in Denmark. … (Read more)