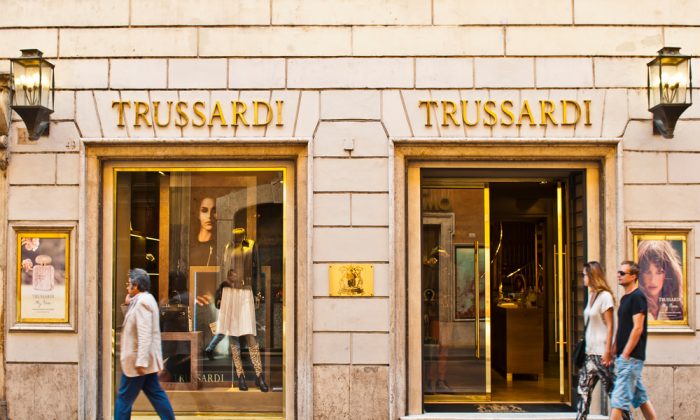 People walking and looking at Trussardi store at Via dei Condotti in Rome, Italy. (*Shutterstock)
12- OBSOLETE

Somewhere between the new frontier in New York and tradition in Italian fashion capital Milan, a new definition has crept into men’s wear fashion jargon – “normcore”. Described as an anti-style invested in nondescript, timeless and logo-free clothes, this unheard-of concept in high fashion is conquering an unprecedented following … (Read more)

Vietnam: How to fix a broken market in antibiotics

The drugs don’t work – and neither does the market, when it comes to antibiotics.
When sophisticated bugs that medicines used to kill within days start to fight back and win, all of healthcare, and the people it keeps alive, is in trouble. … (Read more)
Thanhnien News

The Czech National Bank (ČNB) seized 1,988 counterfeit and altered banknotes and coins of various currencies in the first half of this year, up by 47 percent year-on-year, according to data from the ČNB.

Czech banknotes and coins were the most frequently forged currency, their number rising to 1,231 from 945 on the year. … (Read more)

South Korea’s major tech players have expanded the battery capacities of their flagship smartphones over the past years, data showed Monday, as they engaged in a fierce competition over wider displays and faster networks.

Samsung Electronics Co., the world’s No. 1 maker of handsets, saw its battery capacity of the Galaxy 5S model reach 2,800mAh, up 87 percent from the 1,500mAh posted by the Galaxy S smartphone released in June 2010. … (Read more)

A survey of Ontario high school students reveals more than one-third of all licensed drivers in Grades 10 to 12 admit to having texted while driving.

That percentage increases to 46 per cent of licensed students in Grade 12.

Approximately 108,000 adolescent drivers surveyed said they have texted while driving at least once in the past year … (Read more)

Germany: Why Germany Doesn’t Cut It in International Fashion

Berlin Fashion Week is underway, but A-listers are keeping their distance. The event has failed to put the German capital on the clothing map. A closer look at the career trajectory of designer Kostas Murkudis provides some insight into the reasons why. … (Read more)

This could be New Zealand’s first real Twitter election campaign. Certainly it’s the case that some of the most colourful, conflictual, and insightful political debate is occurring in the Twittersphere at the moment. Some of this is due to fake and parody online activity, and some is due to quite instant and candid interaction from politicians and other ‘Twitteratti’. And in other online mediums there’s much to be gained from having information made available directly to voters. … (Read more)

*Image of people walking and looking at Trussardi store at Via dei Condotti in Rome, Italy via Shutterstock