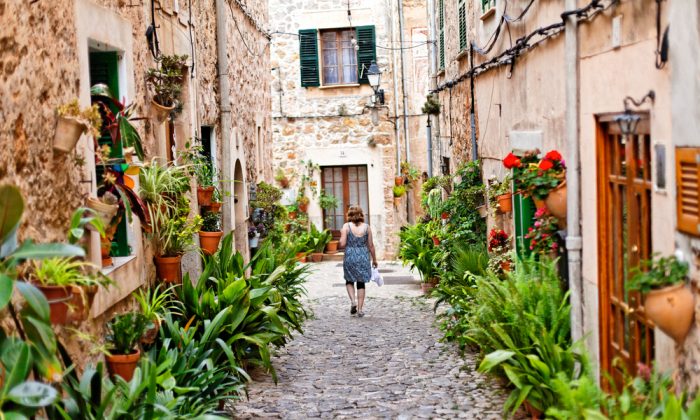 Japan: Crack down on illegal uploaders of anime, manga

The economy ministry said that it will begin on Aug. 1 to monitor and remove uploaded pirated copies of 580 works of anime and manga.

The ministry said July 30 that the anti-piracy effort will last five months and include 500 manga titles and 80 works of anime. … (Read more)

By day, it’s a mysterious — some say garish — cluster of 36 street lights adorned on 10 utility poles. When the sun sets, the colourful LED lights come on, casting glows of blue and green on the sidewalk below.

The public art project, known as Nyctophilia, or love of the night … (Read more)

Spain’s hostels are packed with weird and wacky characters. From the so-called ‘brag packers’ to the hen night weekenders, The Local’s Cécilia Brès rounds up the best of the guests from her own experiences working at a Madrid hostel.
Working in a hostel in Madrid, I’ve gotten pretty good at guessing new guests’ nationalities as they walk in, before they’ve even handed me their passports. … (Read more)

Given the strong beliefs in Buddhism the two cities share, Kyoto city’s mayor in Japan has officially proposed to the foreign ministry to make Thimphu and Kyoto sister cities. … (Read more)

Taxis in Zurich are the most expensive in the world, according to a new survey. Hailing a cab in the Swiss city will cost you more than other major cities including Paris, London and New York. … (Read more)

During the official opening of the 3rd African Women’s Economic Empowerment Summit on Friday, July 25 in Lusaka, Zambia, the President of the African Development Bank, Donald Kaberuka, said countries can only develop if they involve women in their development agendas. … (Read more)

Scientists in Finland have revealed that they have come up with a new method of deterring motorists from texting while driving.

Smartphone app VisGuard, which was created at the University of Jyvaskyla, has been developed in order to persuade drivers to put down their phones when they’re on the road. A warning triangle on the screens of handsets will flash if someone is spending too much time looking at it. … (Read more)