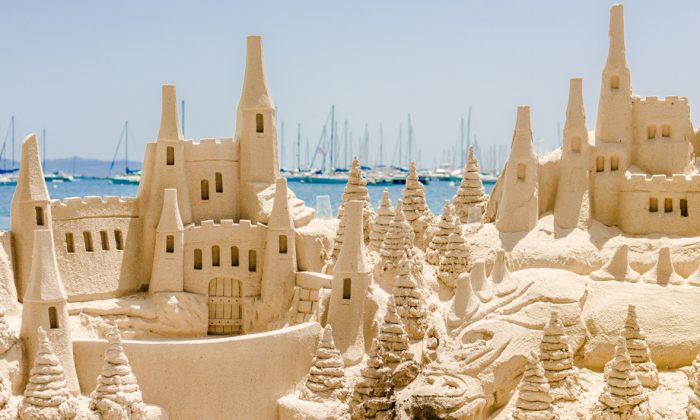 With the first day of school just around the corner, Sharon Lasker wanted to collect supplies for children who need them.

The chairwoman of the Guildas Backpack Brigade put out word in The Garden Island that at least 37 children needed help before school started Aug. 1. The group, which acts as the volunteer arm for Child and Family Service, let it be known they could use as much help as they could get.

Their request didn’t fall on deaf ears. And it was an 8-year-old who led the way. … (Read more)

AN UNDERWATER photographer who came home to Scotland empty-handed after travelling more than 7,800 miles to take a picture of an exotic fish in its home territory was amazed to finally accomplish his mission in the Hebrides.

Shane Wasik failed to snap the sunfish in the waters of Bali but managed to take a selfie of himself with one of the exotic fish, which was lured into Scottish waters as temperatures soared on Friday. … (Read more)

Thailand: Household debt growth is the highest in Asian countries

A chief economist of a commercial bank has advised investors to monitor the country’s high growth of household debt which has become the highest in Asian countries.

Advice from the economist came after a recent survey by the University of Thai Chamber of Commerce (UTCC) showed household debts have increased to an average of 219,000 baht per household this year which are the highest level in nine years with 49 percent  being unorganized debts. … (Read more)

Photographers win praise for work which had them in trouble with the Communist Party and KGB.

An exhibition earlier this year in Novosibirsk was billed as a ‘rare chance to get back in time for see life of Siberian people in the late USSR’…. (Read more)

Arctic delegates from across the circumpolar north are in northern Canada this week for the Inuit Circumpolar Council’s general assembly to discuss resource development, climate change and strategies for joining forces on these all-encompassing issues.

On Monday, North Slope Borough mayor Charlotte Brower addressed the council in Inuvik, Northwest Territories, with an update on political happenings in the region.

Among the many hot-button issues are increased shipping, resource development, and land, voting and subsistence rights … (Read more)

UAE: Queen of her Castles

Former Dubai resident and professional sand-sculptor Jennifer Rossen — who is known the world over as the Sandcastle Girl — believes there’s a certain joy about “making sand stand”.
Jennifer Rossen has a story she likes to tell of how she built a career — on sand. As a little girl, growing up in the coastal city of Perth, Australia, her many older brothers and sisters used to hit the beach a lot. … (Read more)
Khaleej Times

After winning the World Cup in Brazil, Germany’s football stars have jetted off around the world for a well-earned rest. Here are some of the photos they’ve been sharing of their travels. … (Read more)

*Image of sand castle via Shutterstock