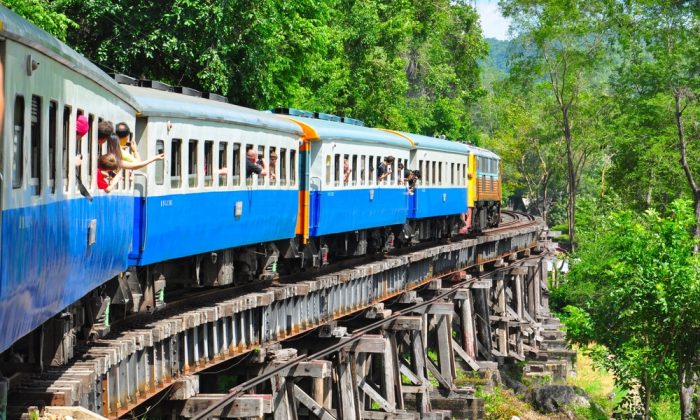 The lady train which provides service for only women and children will be on service on three main routes.

It said special carriage will be a second class air-conditioned car and second-class sleeping car on three routes – north, northeast and south.

Something that always seems to be missing in reviews of restaurants, bars, cafés and whatnot, is the bathroom. Perhaps it is a taboo subject? But when you think about it, the flowery potpourri smell in the bathroom might make up for a mediocre cup of coffee or a semi-flat beer and stumbling upon a clogged toilet could make you forget about all the great food and service you just got. What good is a good soup if your dining experience is shadowed by a dirty bathroom? … (Read more)

Vietnam: Internet back to normal in Vietnam as damaged sea cables fixed

“Greeks Gone West” is a series of video vignettes the US Embassy in Athens made about the world of work in the US. Through the prism of Greeks and Greek-Americans with interesting work lives, we hope to improve the understanding of US society and to show possibilities during a time, in Greece, when life seems full of limitations and frustrations. … (Read more)
Ekathimerini

Denmark: When does Copenhagen become home?

Denmark may be the happiest country on earth, but there are still a few challenges for the new arrival. Here, Canadian journalist Michael McKenna deals with the housing market, jaywalking and the endless challenge of pronouncing Danish words.
I arrived in Copenhagen on a late flight from Pristina, Kosovo. It was chilly and the streets were clean; people seemed to obey the parking regulations. This, to a Canadian who had just spent two years in the Balkans, was something that reminded me of home, and I began to feel as if Denmark would prove a very familiar place … (Read more)
The Local

A fast-rising technology pioneer and the home ground of Samsung ― these are what come to mind when citizens of 17 major countries think of South Korea, according to a recent survey by Korea’s Ministry of Foreign Affairs.

Respondents in India, Vietnam and Turkey were the most favorable toward Asia’s fourth-largest economy, while those in Poland, Germany and Egypt had relatively negative impressions. … (Read more)

New legislation unveiled on Wednesday aims to shrink the bureaucratic hurdles foreigners who want to stay in France face and provide a glimmer of hope for asylum seekers languishing in limbo. But anyone wanting to get a ten-year visa would need to be able to read French. … (Read more)
The Local
*Image of the train in Thailand via Shutterstock