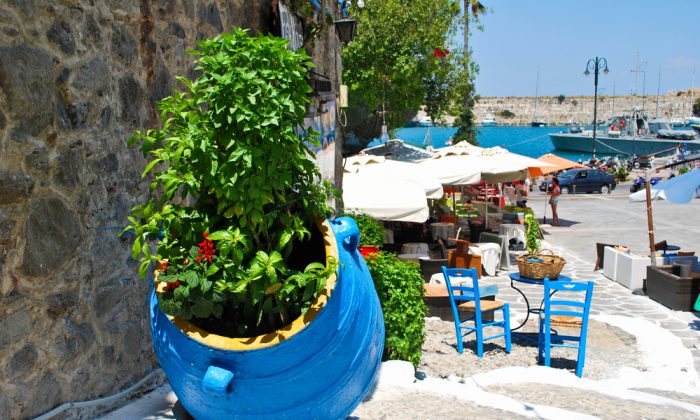 A freelance photographer was fined RM1,000 (S$390) in default a month jail by a Magistrate’s Court Monday for illegally climbing a tower at Brickfields here end of last month.

Keow, 26, was charged with trespassing 1 Sentrum Tower at KL Sentral here by climbing outside of the building without permission at Level 32 of the building … (Read more)

Behind the souvenir shop-lined streets and big hotels, you can still trace the island’s genuine character.

“You’re Greek?” waiters, archaeological site guards, salespeople and local residents ask us with genuine surprise. The resorts on the eastern Aegean island of Kos are full of tourists, mainly from elsewhere in Europe, as well as the United States, but few Greeks. Some locals complain that many visitors choose to spend their package holidays inside the hotel complexes rather then venturing out and helping the local economy, but it doesn’t look like the situation will change anytime soon given the island’s popularity as an all-inclusive package holiday destination. … (Read more)

We´ve all been there, standing frowning at the checkout of the supermarket with an uninspired basket of junk or processed ‘food’ wondering why we didn’t just order out for a pizza. Here are some places that are worth a little detour that will help you to cook properly at home, and rekindle the love of tasting something home-made off a wooden spoon…hopefully without burning your tongue.

The bad news is that most Austrian grocery stores and supermarkets have a sigh-inducing fresh meat range. The good news is that Vienna is liberally littered with great butchers … (Read more)

It’s after work and, the city’s major shopping malls are packed with people busily scouring the shelves for the latest must-haves from Samsung to Apple, and from Gucci to Louis Vuitton. The cafes are busy as usual, and everyone’s seated at their favorite table, enjoying a cup of coffee, a shisha, or just taking in the ambiance … (Read more)

Slovakia: Water exports may be banned

The government’s plan to amend the constitution comes in the wake of a wave of critical reactions to the new rules regulating the sale of Slovak water abroad, which are being discussed by lawmakers. Some activists alleged that the Environment Ministry is paving the way for water exports while turning a natural resource into a commodity, with the ministry claiming that it only wants to regulate what has already been happening for some time. … (Read more)

Swimmers and divers can now enjoy part of the North Sea without worrying about waves and rip tides. Swimming in the North Sea just got a bit easier, at least near the northwestern Jutland town of Thy.

Denmark opened its first sea pool, also known as a lido, over the weekend in Nørre Vorupør on the coast of the North Sea … (Read more)
The Local

The European Court of Justice ruled that the Czech Republic must allow other jewlery hallmarks into the country.

The Czech Hallmark Office today dismissed the European Commission’s (EC) criticism of the Czech jewelry hallmark rules, which the EU challenged at the European Court of Justice (ECJ) over their alleged violation of the right to the free movement of goods … (Read more)

*Image of small street in Kos, Greece via Shutterstock