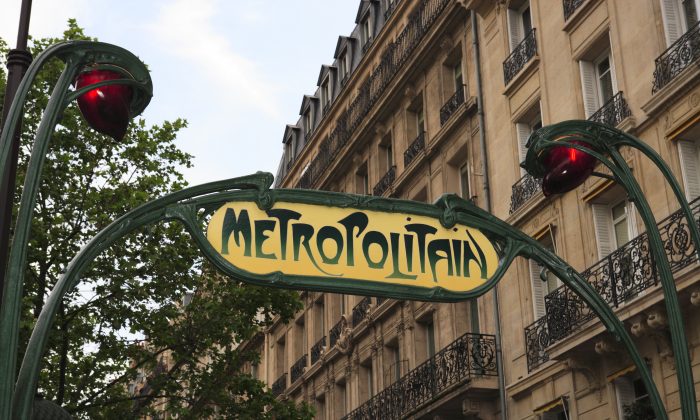 Do you regularly complain about how impolite Parisians are on the Metro? Well authorities have heard your gripes and responded by publishing 12 commandments on Metro etiquette including one rule that sweaty commuters should keep their armpits to themselves. …

Last week I shocked a musician friend in Cairo by telling him the first maker of electronic music wasn’t German, as he thought, but the then-23-year-old Halim El-Dabh, who manipulated recordings of an ancient healing ceremony in the early 1940s.

In this hypnotic two-minute excerpt, known as “Wire Recorder Piece,” a distant, distorted, chant-like vocal reverberates out of an echo chamber, looping over itself again and again like a coiling snake with an occasional pause for breath — only to unravel as a spiraling howl. A longer version, titled “The Expression of Zaar,” was transferred to magnetic tape and presented to the public in 1944 at a Cairo art gallery, the name of which now seems to be lost. …

Women farmers in Lower Congo have been the first to notice the effects of desertification, and the first to react.

Women in the rural areas of Lower Congo, southwest of Kinshasa, are in the direct path of climate change’s devastating effects. Made aware of the vulnerability of local crops to desertification, a group of women are actively working to reforest the area, and encouraging others to do the same.

“We are suffering. No one is taking care of us. How are we going to send our children to school, to feed them, dress them?” asks Alphonsine Lukebana, a farmer from Kimpese. “Now we have to travel long distances to grow anything, because the earth doesn’t give us good harvests anymore.” …

Swedish police were left dumbfounded over the weekend when they learnt that an apparent cross-dresser was able to rob a Stockholm jewellery store while an accomplice dressed as Santa distracted other shoppers. …

Malaysia: Good or bad – plenty of fish at village shore

Thousands of fish splashed onto the shores of Kampung Tabisan in Sabah’s eastern Lahad Datu district, sparking talk among the residents whether it was an omen of things to come.

The villagers rushed to scoop up the fish, locally known as Tamban. They were, however, divided whether it was a good or bad sign.

Suzila Abdullah, who runs a sundry shop in the village, said the phenomenon had been happening in the past three years. …

Gone are the days when farmers took time off during the cold season.

There is a drastic difference in temperature between Trashigang town and Yonphula, about 30km from each other, yet the chilly Yonphula is no stranger to vegetable farming, at least not in recent years.

A former dzongkhag agriculture officer, Dhendup Dukpa, 58, from Yonphupam, has not only been encouraging, but also demonstrating that commercial farming can be done in a place like Yonphula, which is usually enveloped in mist and frosty in the morning and at night. …