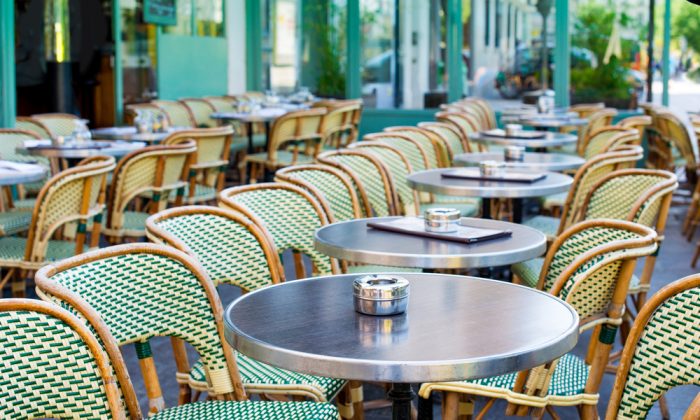 Street view of a coffee terrace with tables and chairs,paris France. (*Shutterstock)
12- OBSOLETE

France: Paris ‘closes’ for August but how long will it last?

In recent years much has been written about how Paris no longer shuts up shop in August like it once did. But a short walk or even better, a drive around the French capital suggests old traditions die hard, but will it always be like this?
“We apologise for the ‘esceptional’ closure, we will open again on September 1st. … (Read more)

In a bid to attract and retain more nurses in public healthcare, the Health Ministry (MOH) is rolling out an extensive package of benefits for them.

These include more autonomy for senior nurses, generous pay increases, and greater opportunities for career development across the board. … (Read more)

PALM OIL producers in Baru have reactivated production in the area in order to supply the local market and to negotiate contracts to export to Central America in the coming months.

With an investment of $14.5 million. farmers in the region of Baru have built a plant for processing palm oil which will begin operating in late August. “…The plant has the capacity to process up to 30 tons an hour, and can be expanded to reach 60 tons an hour.” … (Read more)

If you’ve spent more than two hours in the company of a Swede, it’s a safe bet you’ve shared a coffee (or at the very least watched them drink one. Or two.)
Yes, the fika culture is huge in Sweden, and while the actual coffee and pastries are important, so is the setting. But where are the best spots to get a coffee in the Swedish capital? … (Read more)
The Local

Two monks, Thinley Norbu and Thukten Wangchuk,  are eager to share their skills in traditional Japanese arts and crafts, which they learnt from the Traditional Arts Super College of Kyoto in Japan.

Previously apprenticing at the Institute of Zorig Chusum of the zhung dratshang in Trongsa, the monks were selected from 40 to attend the two years, three months diploma course.  The men had never travelled outside the country before. … (Read more)

Since its mysterious appearance in July, a lake in Omm Arayes, Gafsa, has puzzled geological experts. While locals are excited to have somewhere to cool off during southern Tunisia’s hot summer months, the possibility that the lake’s water is radioactive is concerning…. (Read more)
Tunisia Live

Following the results of a poll on the variety of restaurants in Santiago — which found sushi and Chinese food to be most popular — The Santiago Times spoke with a polling expert on the reasons behind such diversity: high disposable income and historical trends. … (Read more)
The Santiago Times
*Image of street view of a coffee terrace with tables and chairs, Paris France via Shutterstock
Share this article
FacebookFlipboardTweetRedditEmail
Show Discussion
RECOMMENDED
TOP VIDEOS
TOP NEWS