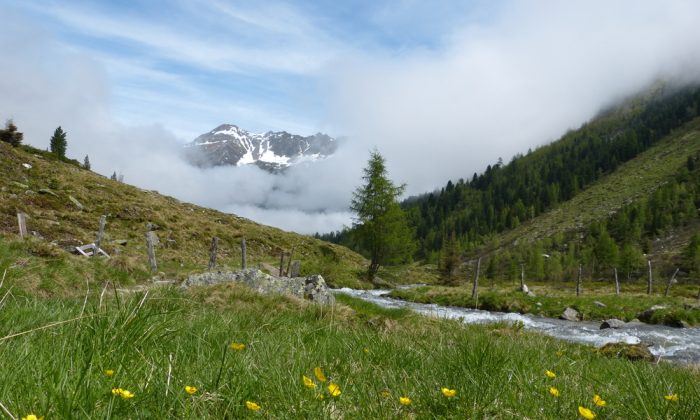 Brook in the mountains of the Tyrolean Alps. (*Shutterstock)
12- OBSOLETE

A mountain rescue team climbed to the aid of a pregnant woman who went into early labour in the Austrian Alps in Tyrol.

The 30-year-old woman, who runs a mountain hut for climbers, started to have preterm contractions early on Tuesday morning but due to bad weather an emergency helicopter could not rescue her.

Instead a team of 15 climbers, including a mountain rescue doctor and a gynaecologist, climbed up to meet her … (Read more)

Thailand: Internet use is now a daily fixture in Thai lives

Thai people spend more than 50 hours a week on the Internet, chatting, catching  up news , and searching for information, according to a recent survey conducted by the Electronic Transactions Development Agency (ETDA) … (Read more)

A female opposition deputy’s fiery speech at Parliament has triggered a new social media protest in Turkey, with hundreds of women expressing anger at male dominance by sharing photos of their shoes and slippers. … (Read more)

Denmark: The journey in the footsteps of the Odyssey starts in Copenhagen

Inspired by Homer’s epic work The Odyssey, this European theatre project begins on Wednesday as part of the ongoing Asteroiden Festival.

Each summer, over the next three years in three different regions of Europe, artists from different countries will offer locals the chance to share their stories in workshops to collectively re-imagine The Odyssey through “instant” theatre pieces – all performed, rather fittingly, on a boat … (Read more)

For many Singaporeans melting in the sweltering heat, the traditional electric fan was literally their version of coolaid.

As temperatures in the country hit the roof, Singaporeans splashed out US$15 million buying up 250,000 electric fans in the first six months of the year, data by research agency GfK Asia showed … (Read more)

The design of a new visitors’ center for Machu Picchu was chosen last week from among four final architectural proposals.

Architect Michelle Llona’s project won the national competition. The project encompasses a complex that includes a visitors’ center, a research center, and other facilities … (Read more)

Iceland: Plastic, Not So Fantastic

Marine plastic pollution and what it means for Iceland.

On June 28, the 5 Gyres Institute sailed into Reykjavík following a three-week expedition during which they collected marine plastic samples from Bermuda to Iceland. Led by half-Icelandic Research Director Dr. Marcus Eriksen, a super-crew consisting of 13 advocates, sailing experts, artists, journalists, students and others set out with the goal … (Read more)