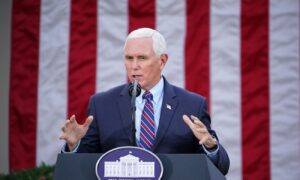 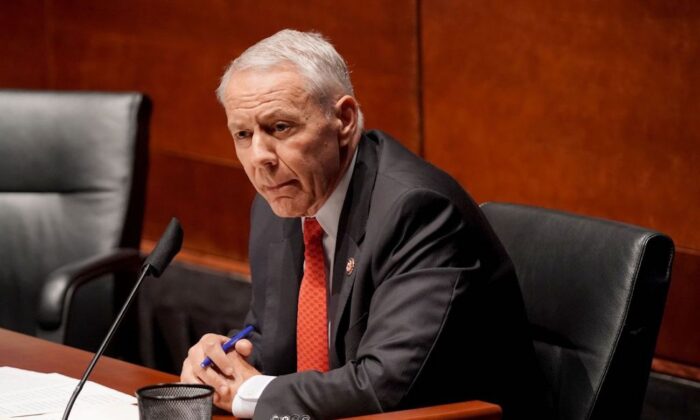 7 GOP House Members Say They Will Not Challenge Electoral College Votes on Jan. 6

Seven Republican House members said on Jan. 3 that they don’t plan to join efforts to object to Electoral College votes during the joint session of Congress on Jan. 6.

The group, led by Rep. Ken Buck (R-Colo.), said participating in such efforts would amount to “unconstitutionally [inserting] Congress into the center of the presidential election process,” which would “steal” power from the people and states.

They said Congress had no authority to make value judgments about presidential electors, nor the discretion to “disqualify electors based on its own finding that fraud occurred in that state’s election.”

This comes as a growing group of Republican House members and senators announce their intention to challenge Electoral College votes in several states where election results are disputed over allegations of irregularities and voter fraud.

Twelve senators have expressed their intent to participate in the efforts, while at least 50 House members have committed to objecting to the contested votes on Jan. 6, according to a tally by The Epoch Times.

Many lawmakers have stated that they believe Congress has a duty to restore trust in democratic processes and has a “check-and-balance” role.

“The ultimate arbiter here, the ultimate check and balance, is the United States Congress, and when something is done in an unconstitutional fashion, which happened in several of these states, we have a duty to step forward and have this debate and have this vote on the 6th of January,” Rep. Jim Jordan (R-Ohio) told Fox News’ Maria Bartiromo on Jan. 3.

Meanwhile, Sen. Ted Cruz (R-Texas) said since the U.S. Supreme Court has refused to take up any of the cases related to the 2020 election, Congress now has a responsibility to fill that role.

He pointed to the 1876 presidential election between Republican nominee Rutherford B. Hayes and Democrat nominee Democrat Samuel J. Tilden. During that race, three states—Louisiana, Florida, and South Carolina—as well as one electoral vote from Oregon remained in dispute. The three contested states, which were disputed due to voter fraud allegations and election irregularities, had submitted two sets of electoral ballots.

As a compromise, Congress in 1877 established a bipartisan electoral commission made up of five House members, five senators, and five Supreme Court justices to hear the claims and determine how the unassigned electoral votes should be awarded.

“They considered evidence, they examined the ballots, and they made a determination based upon what the disputed ballots and what the outcome should be,” Cruz said.

“What I’m arguing for is Congress ought to do the same thing.”

Buck and his group of lawmakers acknowledged that there were significant last-minute changes to the election system made by officials in several states, which resulted in the relaxation of safeguards aimed to protect against voter fraud and to ensure election integrity.

“It is shameful that between both chambers of the U.S. Congress, we have held precisely one hearing on election integrity since Election Day,” the group stated.

“The people cannot trust a system that refuses to guarantee that only legal votes are cast to select its leaders. The elections held in at least six battleground states raise profound questions, and it is a legal, constitutional, and moral imperative that they be answered.”

But the group expressed concern that if U.S. lawmakers were to step in to challenge the votes, it would “delegitimize” the system and provide critics of the Electoral College with ammunition to argue for eliminating the system.

Instead, the group urged state legislators to convene and send a second slate of certified Electoral College votes for President Donald Trump before Jan. 6.

“The text of the Constitution is clear. States select electors. Congress does not. Accordingly, our path forward is also clear. We must respect the states’ authority here,” they wrote.

Buck’s group of lawmakers will join more than a dozen Republican senators who say they won’t participate in the objection efforts.