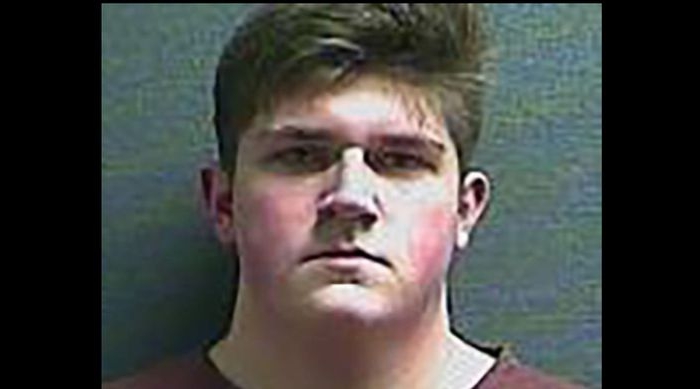 College basketball prospect Jacob Walter, who is the son of a former NFL offensive lineman, was arrested on Dec. 11, for allegedly sexually assaulting an 18-year-old woman, said officials in Kentucky.

Walter, who weighs 300 pounds and is listed as 7 feet in height, committed the crimes throughout the day on Dec. 9, reported the Cincinnati Enquirer.

The woman said she was afraid of Walter, who is the son of former Cincinnati Bengals lineman Joe Walter, who played 13 seasons in the NFL. The victim tried to get Walter to stop and was afraid of him “due to his size, strength, and aggressiveness,” the office said, Wave3 reported.

“Walter dismissed the victim by laughing at her and telling her that she would be fine” after the assault, a police statement said, according to WCPO. “Later the victim told her mother and made an excuse on why he needed to leave, giving her an opportunity to call the police,” a prosecutor said of the case.

Walter was ordered to stay away from the victim and her family and was being held on $250,000 bond at the Boone County Detention Center. “The victim told a family member about the sexual assaults and the family member was able to get Walter to leave the residence,” authorities said, reported the Enquirer.

“I think given the nature of the allegations… I think he’s clearly a flight risk and a danger to the public given what we just heard here on the record,” Assistant Boone County Prosecutor Michael Mason said, reported WAVE.

After he left the residence, Walter began texting the victim to say he was sorry. A family member then contacted the sheriff’s office.

Walter is described as a standout basketball player at Covington Catholic High School and earned a scholarship offer from Xavier University. WCPO reported that he never enrolled in classes at the college.

Walter is due back in court on Monday.