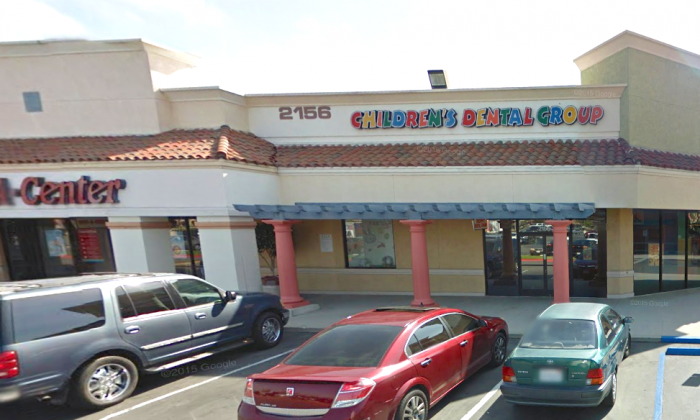 An Anaheim children's dental office is under investigation after seven children were hospitalized with oral bacterial infections. (Google Maps)
US

7 Children Hospitalized After Treatment at California Dental Clinic, Hundreds More Could Be Affected

The Orange County Health Care Agency is investigating a local dental office after an outbreak of oral infections resulted in the hospitalization of seven children.

According to the agency, the children were patients at Children’s Dental Group of Anaheim, between May 3 and Aug. 2, where they received pulpotomy treatments, commonly referred to as “baby root canals.”

“Yes, thinking everything’s going to go by well, you know, ‘you’re going to go in and come out,’ but it didn’t happen like that,” Gibran’s cousin, Stephanie Baron told CBS News. “Now he has an infection.”

“Finding out that there’s other patients from the same dentist group that also are in there for the same reason, it makes your heart stop a little, Baron added. “Like, what’s going on?”

Gibran underwent surgery to remove an abscess and is being treated with IV antibiotics. The agency believes the infections are derived from water used in equipment during the procedure.

“We are doing everything, whether it’s sterilization or anything else that relates to taking care of the patients. We are on it,” said Samuel Gruenbaum, CEO of Children’s Dental Group, reported CBS News.

Health officials believe up to 500 children could potentially be affected and has demanded the clinic not do any more procedures, to which they obliged.

“The number of patients affected has been a very small percentage of those who have received pulpotomy treatment at our Anaheim office,” Gruenbaum said in a released statement, reported KTLA. “Our thoughts, as well as our actions, are devoted to the health of our patients as we work through this situation.”

The California Department of Public Health, the Centers for Disease Control and Prevention, and the Dental Board of California are working with the healthcare agency and are still seeking the source of the infections.