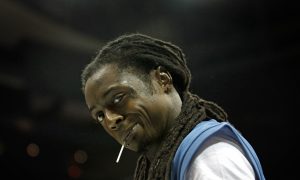 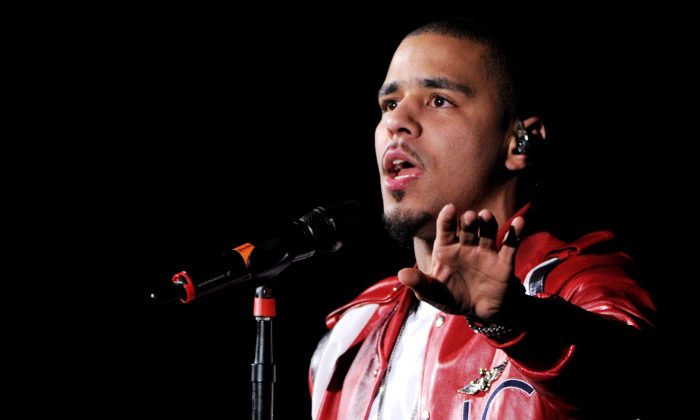 Rapper J. Cole performs at The Verizon Wireless Amphitheatre on May 8, 2012 in Irvine, California. (Kevin Winter/Getty Images)
US

Drake, The Game, Young Jeezy, Trae, and others have a giving side
By Mary Silver
biggersmaller
Print

1. Drake gave Strawberry Mansion High School in Philadelphia a $75,000 recording studio, and it opened on March 10 after the school was able to hire a teacher to work with students in the studio. Rapper Drake has made a habit of doing kind things for years.

Drake won an Allan Slaight award in 2011 for achievement by a young Canadian. It came with a $10,000 honorarium, and Drake donated the money to Dixon Hall, a community service group in his home town of Toronto.

2. The Game split expenses with Drake to help Anna Angel of Ohio pay for funerals after a tragic fire that killed her boyfriend and her five children, The Root reported. Angel was at work when her mobile home caught fire in September 2013.

3. Young Jeezy of Atlanta started his Street Dreams Foundation over 10 years ago.  In 2014, he gave $1,000,000 to the Jay Morrison Academy, which teaches people how to work in real estate. His foundation is meant to inspire and educate others.  Def Jam Records announced the gift in a video.

4. Houston rapper Trae tha Truth gives free concerts and toys during Trae Day festival, and organizes food drives and warm coat giveaways for Thanksgiving and Christmas, according to The Richest.

6. Rapper Nas, from Queens, and Def Jam partnered with Saving Our Daughters to promote a holiday doll drive for girls. Nas makes a habit of charitable giving, according to the Versed.

7. Rapper Common, who shared an Oscar with John Legend this year  for their song Glory, started the Common Ground Foundation. Its mission is “to use creative arts to expose youth to new opportunities,” according to its website. “I started the Common Ground Foundation because I wanted to help,” wrote Common. “Most of all I wanted to help people help themselves.”