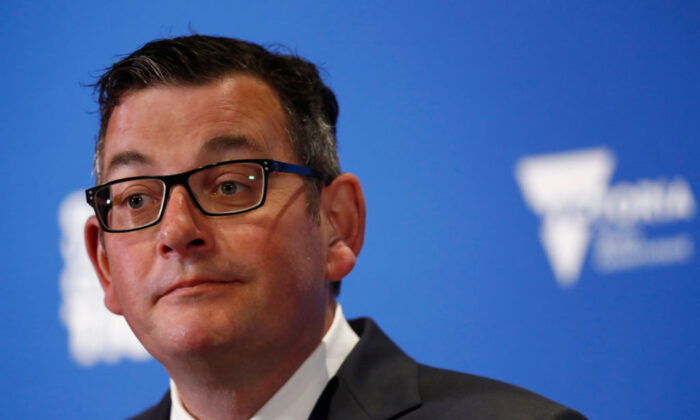 A sixth MP from Victoria’s Labor government will call it quits at the next state election following the surprise resignations of five other MPs in the past two weeks.

Mark Gepp, a member of the upper house representing Northern Victoria, made the announcement via a post on Twitter on Dec. 2.

“This job is without question a great privilege, and it has been one of the highlights of my 35-year career in the labour movement,” Gepp said in a statement.

“I never dreamed of serving as an MP in a Labor government, and I am deeply grateful to the mighty union movement and the Labor party for the honour,” he added.

Premier Daniel Andrews responded, saying Gepp was a “fighter” and has pushed for people to “access safer workplaces, fairer conditions, and better pay.”

“I want to thank him for his dedication to our party, our parliament, our government—and to working people across Victoria,” he said in a statement on Dec. 2.

“I wish him and his family all the best for the years ahead.”

Gepps decision not to seek re-election comes after the resignations of John Eren, member for Geelong; Richard Wynne, the planning and housing minister; Jill Hennessy, former state attorney-general and member for Altona; Danielle Green, the member for Yan Yean, and Dustin Halse, the member for Ringwood.

Some MPs have served for several decades, while others, like Halse, have been relative newcomers to the political scene.

A survey in mid-November suggested strong support for Premier Andrews and his handling of the pandemic, particularly from the younger demographic.

“Premier Andrews has the approval of 60.5 percent of Victorian electors for his handling of the job compared to 39.5 percent who disapprove,” Michele Levin, CEO of Roy Morgan said in a statement.

“The reasons expressed by those who approve of the job he’s doing credit his overall handling of the pandemic for maintaining their support. They say he has made the unpopular decisions when he had to, and he didn’t give into pressure to avoid lockdowns just for an easy way out.”

The Labor government holds a steady 55 seats in the 88-seat Legislative Assembly.

However, the government has had to weather several disruptions to the Cabinet over the past year.

In September 2020, Jenny Mikakos resigned as health minister and from Parliament immediately after the premier made comments contradicting her views on the handling of the state’s hotel quarantine system.