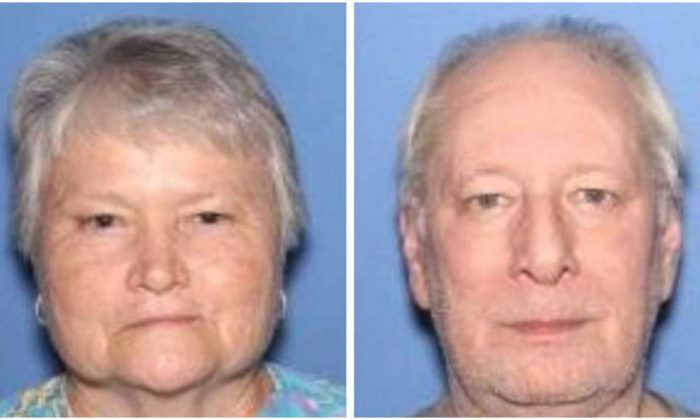 A 69-year-old Arkansas woman was found guilty of murdering her husband when she snapped on discovering he had resubscribed to an adult satellite TV channel.

Patricia Ann Hill had admitted to shooting her husband on July 28, 2018, reported KATV,  after she found the extra $30 charge on the bill, but denied murder.

Hill called 911, told police that she had shot her husband, Frank Hill, 65, in the shed of their Arkansas home, and asked for an ambulance.

Medics arrived at their home in Pine Bluff and found him suffering from two gunshot wounds. He later died in hospital.

Hill pleaded not guilty to the charge of capital murder, but the jury dismissed her defense of mental illness and her lawyer’s claim that she had “lost her mind” when she found the satellite bill.

She told the court that she hated his long-running habit of looking at pornography, according to the Arkansas Democrat Gazette, which she described as “adultery with pictures.”

She was found guilty of the lesser charge of second-degree murder.

According to the Pine Bluff Commercial, her lawyer Bill James told the court that her husband’s watching pornography was a  “personal affront to her (Patricia Hill) and to her God. She told him over and over again to stop, and he said he would but went right back to doing it.”

James described the couple as “basically estranged. He went to his shed, and she went to work.”

According to the prosecution, reported the Pine Bluff Commercial, when she received the next bill, Hill “flew into a rage” and went to the shed, and confronted him, knocking over a table with beer and cigarettes.

She went back to the house, picked up a pistol, and returned to the shed where she shot her husband as he picked up his things, hitting him once in the leg, just above the right knee, then a second time.

Her lawyer said that with the discovery of the bill her “reality snapped. She didn’t try to hide it. She told the truth.”

According to the Arkansas Democrat Gazette, she told the court that she found pornographic tapes and magazines in his home and threw them away, even before they were married, 17 years ago.

“I told him that was something I could not tolerate,” she testified. “I thought after we got married that it would go away.”

Her defense had relied on the testimony of a psychologist to prove that Hill was suffering from an acute dissociative reaction to a stressful event, which had rendered her incapable of knowing right from wrong.

“Her mind was empty,” Little Rock psychologist Dr. James Moneypenny told the court, according to the Arkansas Democrat Gazette. “There was nothing going through it. She was overwhelmed.”

He said her snapping after the discovery of the Dish Network bill was “explained by the concept of the last straw.”

However, Attorney Holden Raines, arguing for the prosecution,  said that Hill was fully conscious of her actions. He said that in a statement to the police, played in court, Hill had said she could not tolerate pornography.

“At the end of her statement she tells you why she did it,” he said. “It was something she just couldn’t tolerate so she got her gun and she shot him twice.”

It was Hill’s third marriage. Hill’s attorney, Bill James, told KATV her first husband had a mental illness, and her second husband had problems with drinking.

“Anyone who knows the facts of this case, 50 years as a nurse, never been arrested and all of a sudden ends up in this situation where she shoots her husband that kind of thing speaks for itself,” James said.

James said that it could have been much worse for his client.

“We certainly knew it was a possibility but it wasn’t capital murder or first degree,” James said.

According to KATV, Hill’s lawyers asked for a mistrial after it emerged that the jury had not been presented with a piece of evidence, a report from state psychologist.

As the court was deciding on whether not to agree on a mistrial, the lawyers negotiated a 16-year prison sentence.