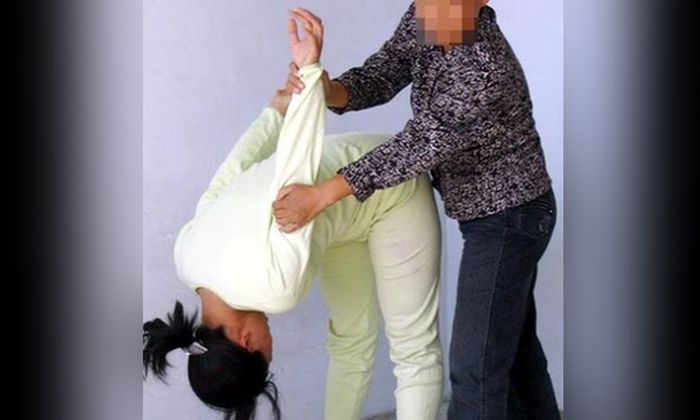 A 64-year-old woman was severely tortured, according to her recent harrowing account, and was brought “to the verge of death” multiple times for practicing a form of meditation that is persecuted in China.

Sun Shuying, a factory worker in northern China, said she faced extreme torture, beatings, and other forms of mistreatment over a 10-year-period for her persistence in practicing Falun Gong, also called Falun Dafa, a form of traditional Chinese meditation similar to qigong. Freedom House, in a recent report, says the degree of the 17-year-long persecution of Falun Gong is still “very high,” but it noted that the Chinese Communist Party, which launched the brutal campaign in mid-1999, spends hundreds of millions of dollars to maintain the persecution of the group.

Sun recalls that in 1999, she made multiple attempts to travel to Beijing to hold up a banner at Tiananmen Square, protesting the ill-treatment of practitioners, but was intercepted and arrested several times by police. For her effort, she was kicked in the back by a police officer but managed to escape. After that, Sun was forced to go into hiding in Inner Mongolia.

Throughout China, a system of clandestine “black jails” are used by the Chinese Communist Party to detain citizens without charge or conviction. Some are then sent to “re-education” centers where they are tortured, both physically and psychologically, and are immersed in communist propaganda to make them sign a waiver to renounce their beliefs. Falun Gong practitioners are especially targeted.

In June 2001, Sun was again arrested, she told Minghui.org, a website dedicated to posting information about the persecution of Falun Gong. She says:

“At the police station in Inner Mongolia, I was not allowed to sit down. The police slapped me in the face, punched me in the head and eyes, and grabbed my hair to smash my face into a wall repeatedly. They didn’t allow me to sleep for eight days straight. At the end of the eighth day, I was extremely weak and could barely open my eyes.

“A police officer jumped in the air and kicked me in the chest. Gasping for air and laying on the ground, I could not feel my limbs after his kick. It took quite a while for me to be able to focus.”

Sun, who was in critical condition, was taken to Changchun, in northern China, and was detained in a secret detention center where Chinese secret police beat her “relentlessly, day and night.” That was before the torture.

“They tied my hands at the back and forced me to bend down while keeping my legs straight. Then they pushed my hands up straight, calling it ‘flying an airplane,'” a brutal method that is used throughout Chinese and North Korean prison camps (See top photo).

Sun recalled that she was taken to another detention center and was locked inside a cage. Guards placed medieval-like shackles and braces on her, rendering her unable to move.

They also repeatedly shocked her with electric batons, she said.

After she was released several years later, Sun was arrested in 2005.

The torture didn’t stop that time either. “I was continuously beaten for three days at the police station” at a factory where she worked, she said. After that, she was taken to the hospital and was force-fed and administered an intravenous injection that contained “poisonous substances.” She recalled: “Many inmates appealed to the guards to stop the IV injection for me, and the police doctors stopped it. My whole body was red and swelling, and it was extremely itchy.”

Later, guards placed duct tape on her mouth and took her to court, where she was illegally sentenced to 10 years in prison. There, the guards ordered inmates to beat her. “They eventually stopped after they got tired,” she said. However, it got worse:

“The inmates didn’t allow me to relieve myself for five days. Then they forced me to stand straight for 49 days, with only one hour of sleep every day. At the end, I couldn’t open my eyes, my brain stopped working, and I couldn’t see things clearly.

“My body was covered with blisters and infections by then. Even the prison doctor didn’t know how to treat it. She warned me that I could die soon.

Eventually, after about eight years, she was released from prison. But her husband, after he was threatened and intimidated by the police, was forced to divorce her. They also confiscated her property and money.

“[The Communist Party initiated] the worst instance of religious persecution since the Cultural Revolution, with the clampdown against Falun Gong,” said André Laliberté, leading scholar on religion in China with Ottawa University, referring to the 1966–1976 Chinese communist campaign that left millions dead.

“And on a daily basis, large numbers of judges, prosecutors, and police play an active role in the arrest, imprisonment, and torture of Chinese citizens who persist in their devotion to Falun Gong,” Freedom House added.